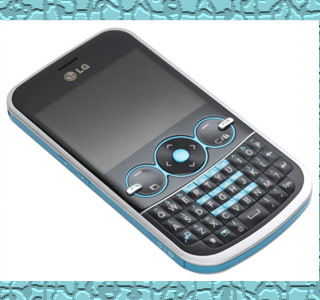 Teaser images of the new Chocolate phone from LG were recently revealed. Here is another phone from LG that was recently pre-announced – the LG GW300.

UnwiredView reports that the LG GW300 is a low-end messaging phone. LG has revealed most of the relevant details of the phone.

The device is equipped with a full QWERTY keypad and arrives with built-in Facebook and email clients so that users can have their social groups at their fingertips. It sports a 2.4-inch 240 x 320 QVGA display and supports stereo Bluetooth as well as USB 2.0. It also offers support for 2.5G GSM, GPRS/EDGE networks and weighs 95g. Without giving in much details, it is speculated to be a camera phone.

The pricing and release date of the phone has not been revealed as yet. However, t is anticipated to be an affordable phone.