Intel and Metis Learning have partnered to bring the Eddy G70 tablet to kids in India at Rs 9999, though that’s just the official price. Well, whether you like it or not, the only educational aid your child will need to carry to school in the future may be gadgets such as this one instead of heavy books.

The Metis Eddy G70 plays successor to an older kid-friendly tablet which was released by the eduction start-up only in January of this year. So a few specs have been swapped for new ones, of course. It starts with the 1.6GHz dual core Cortex A9 processor being replaced by a dual core Intel Atom Z2520 chipset. 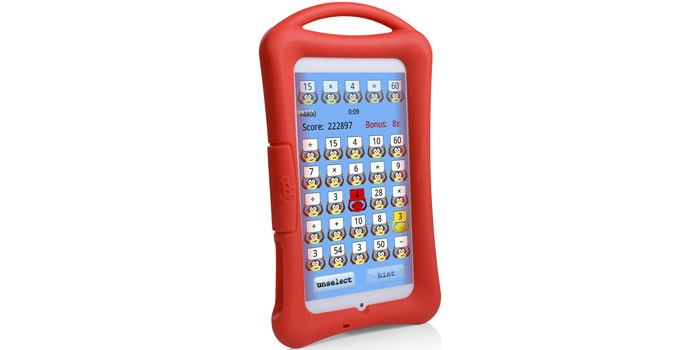 The VGA and 2MP cameras on the older device have been replaced with 2MP ones on the back and the front now. Instead of 8GB internal memory, you get 16GB of the same. But the battery seems to be a bit of a downgrade considering that Intel-Metis has gone for a 2800mAh power pack to stand in for the 3200mAh original.

Although the Eddy G70 tablet runs on Android, it is layered with the Athena OS which is designed with children in mind and adds parental controls. The tablet lands preloaded with more than 160 learning apps, with the whole experience covering over 300 key skills kids need to learn between 2 and 10 years of age. 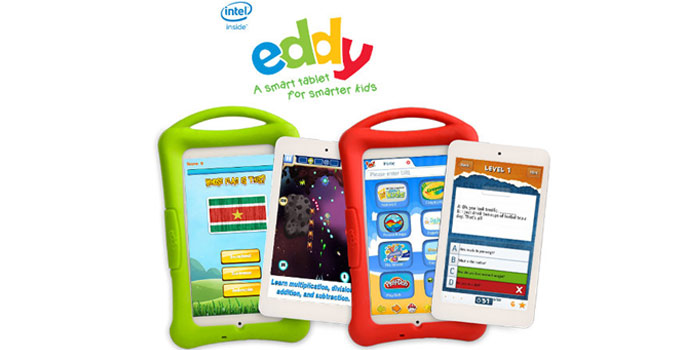 You’re worrying about the kind of strain the Metis Eddy is likely to cause on the eyes, right? The company has put in some assurances with regards to this since it’s important for marketing of course. The touchscreen’s scratch-proof and shock-resistant, and the entire slate is protected by a food-grade silicone bumper.

Although the Intel series Metis Eddy G70 may be priced officially at Rs 9999, it is available for purchase through Amazon India at Rs 8499.