Although the new iBall Andi 4F Waves has made an appearance previously, its Mumbai-based maker has chosen to officially unveil it only now, with its price set at an affordable Rs 4199. Before this, the retail value of the product had been quoted to be Rs 4699, but it has dropped by a good Rs 500, pleasing its potential buyers.

The iBall Andi 4F Waves is an entry-level handset, and that’s evident through the kind of specs it has been blessed with. It’s competing against a flurry of low-end handsets made by Indian manufacturers, that are continuously popping up in the nation’s market. 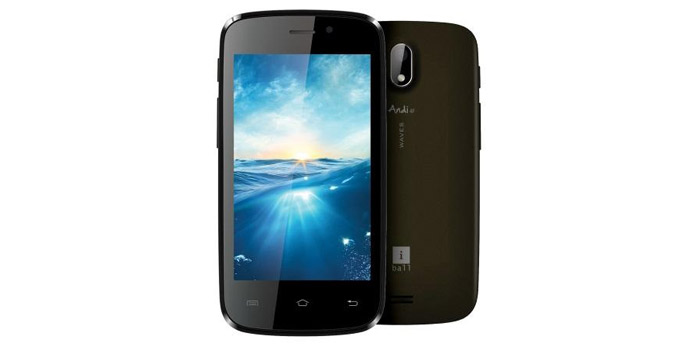 iBall has equipped the dual SIM phone with the Android 4.4 KitKat OS which has become a standard for such devices lately. It comes with a 4-inch IPS touchscreen display bearing a WVGA resolution of 480 x 800 pixels. While a strong quad core Cortex-A7 processor clocked at 1.3GHz powers its operations, its RAM has been kept locked at a mere 512MB.

The Andi 4F Waves has been furnished with 4GB worth of storage space which can be expanded up to 32GB by means of its microSD card slot. Its other highlights include a 2MP rear camera with LED flash, a VGA front snapper and a 1400mAh battery.

Here’s a clean look at the specs of the iBall Andi 4F Waves: 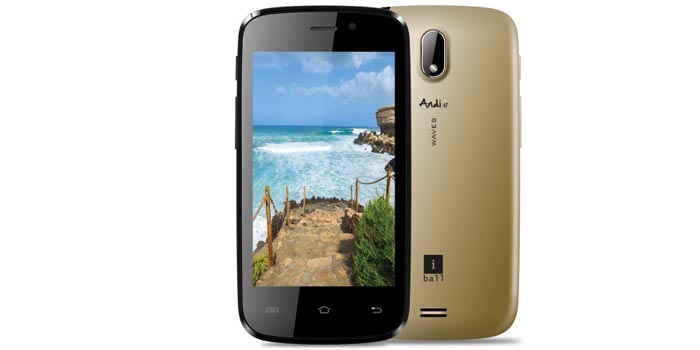 The iBall Andi 4F Waves is now available for purchase through all leading stores in India at Rs 4199.