According to a new report by the Internet and Mobile Association of India (IAMAI), India’s data user base has grown to 354 million in the first 6 months of 2015. The figure stood at 302 million at the end of 2014, indicating a 17% growth in consumers this year so far.

To put the numbers in perspective, it required at least a decade for the base to go from 10 million to 100 million and 3 years to rise to 200 million. In comparison, it took little over a year to climb towards the 300 million mark. IAMAI notes that the rapid intake of users is pushing internet consumption to become more commonplace.

Nilotpal Chakravarti, IAMAI’s associate VP, thinks the main drivers for data growth will come via rural and non-metro locations. He believes the spread of cheap smartphones combined with cost-effective mobile tariffs has allowed people from all backgrounds to access the internet.

His statements seem to be corroborated by the IAMAI report, which states that over 60% of the total internet users had accessed it through their handsets. Mobile data consumers grew to roughly 213 million till June 2015, up from 173 million at the end of the previous year.

IAMAI asserts that the increase in regional language content might eventually result in a 39% growth in data consumption. The rural populace will be the main force behind the enlargement at a 75% expansion rate. Meanwhile, urban citizens are set to develop by 16%.

As per the IAMAI report, the rise in the local dialect user base grew by 47% to touch a high of 127 million in June this year. The body predicts that future consumers of the internet will come mainly from rural India and will lead to an increase in social media, online commerce and digital payments. 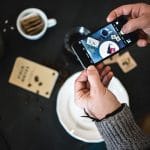