Home Google Google’s encrypted HTTPS Gmail connection is safer for you, and mandatory

Google is going to keep Gmail user accounts safe from others with HTTPS encryption at all times, and the change is mandatory and does not let anyone opt out of it. This means that HTTPS will always show in your URL bar when you check or send mails.

Implementing the encryption method can keep Gmail users’ messages safe from prying eyes when they’re logging in from their personal computers, phones or tablets and even when they’re on a public Wi-Fi connection. Google’s email service has always supported HTTPS and this was made the default protocol in 2010. 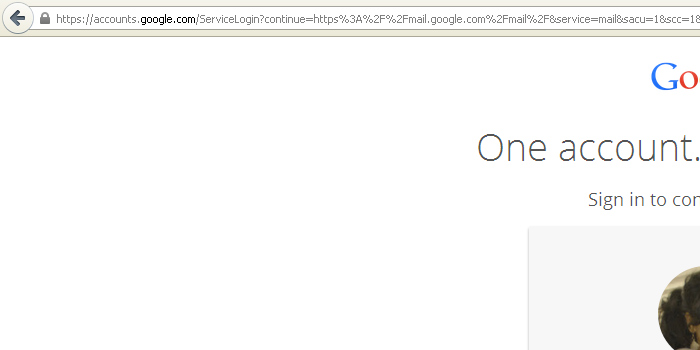 It’s only now that the encryption has been made mandatory for everyone. The encryption keeps users’ mails safe when these are moving between their devices and Gmail servers as well as when they travel between the concerned data centers. We’re talking about 100% encryption here.

If Google could do one more thing for Gmail users…

Eric Schmidt, executive chairman of Google, was once taped saying in a very unapologetic tone, “There’s what I call the creepy line and the Google policy about a lot of these things is to get right up to the creepy line but not cross it.”

The company reportedly reads people’s messages (even those sent from email services other than Gmail) in order to target users with paid advertisements. Microsoft is one of the loudest voices of accusation in this regard. It even has a Scroogled store which sells merchandise with an anti-Google theme.

It looks like most don’t care whether their Gmail messages are being read by Google or not because of the unrivaled email service it offers. We’ll be happy with HTTPS encryption for now.