Microsoft has launched what is believed to be its last ever feature phone – the Nokia 216. The device will be hitting India on October 24. According to rumors, this is the last such device by the company before it sells the division to FIH Mobile, a subsidiary of Foxconn.

The announcement came as a surprise as it was not anticipated that Microsoft would introduce another offering with the Nokia moniker to it. Going by the company’s reports, feature phones are still being sold in large numbers. There is a possibility that they may continue using the brand name till the deal with Foxconn falls in place. 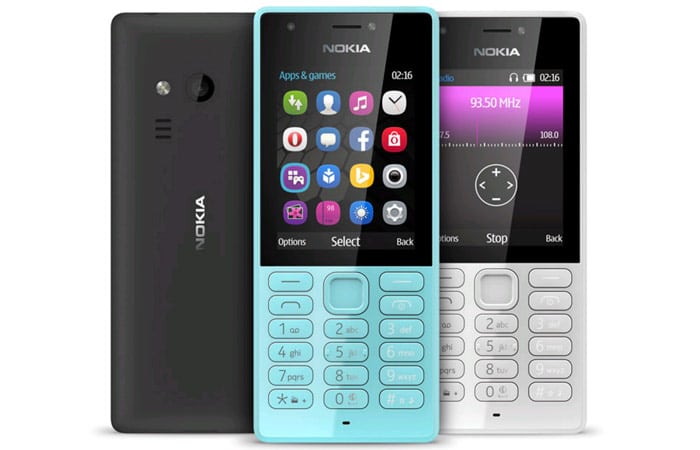 The Nokia 216 has a 2.4-inch display and a 0.3MP front camera that is accompanied by a selfie flash. Its main shooter is of the same resolution as the front one. It runs the Nokia Series 30+ software and supports GSM connectivity. The Opera Mini browser is present in the device along with the Opera Mobile Store for downloading apps.

Microsoft is offering one Gameloft game every month for free to users of the Nokia 216. This plan is valid for one year from the date of purchase. The phone is claimed to last for up to 24 days on standby mode. It reportedly gives 18 hours of talk time.

Here is a list of specifications of the Nokia 216 feature phone:

The Nokia 216 is priced at USD 37 (approximately Rs 2500). It will be available in blue, black and grey color variants.