Today marked the arrival of a Ministry of External Affairs mobile utility dubbed MEAIndia for Android and iOS fans in the country. It has already landed in Google Play store as well as iTunes and can be downloaded for free. The main idea for developing an app such as this is to bring significant information like passport and visa details at people’s fingertips when on the move.

On kick starting the utility, users will find the national emblem standing on top of the interface. Placed beneath this are a slew of services, first one being E-Citizen which delivers details including parliament questions, right to information and tenders. It will now be possible to rely on the app to find out the nearest passport office, calculate the fee for the process, check out the application procedure and more. 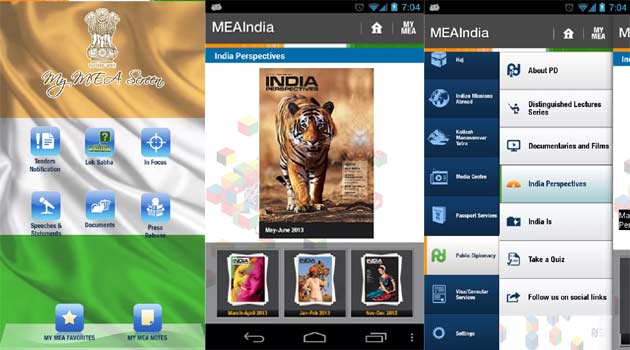 Services revolving around Haj and Kailash Mansarovar yatra have also been provided. Additionally, MESIndia serves as a platform to enlighten users about the various trips taken by the Prime Minister as well as the Minister of External Affairs. Those fascinated by the app can moreover create a personalized screen which only bears topics that Android and iOS owners would prefer being updated with.

Anyone with an Android device rocking version 2.2 or up can download MEAIndia. As far as Apple’s gadgets are concerned, those running iOS 5.1 and later will be able to make the most of this app. 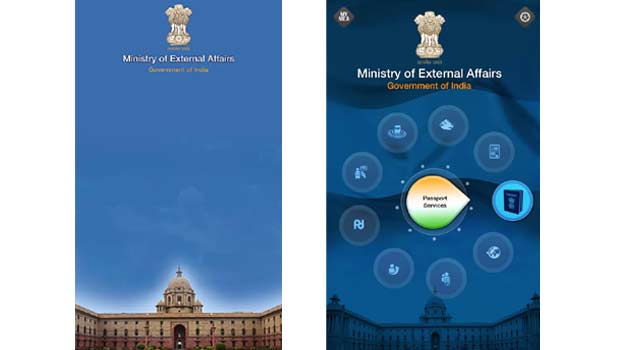 The app proffers services related to the following: