BSNL has announced that starting from May 1 this year, its landline phone customers will be able to make pan-India calls for free. While it may seem like the state-owned company is being very generous, it’s actually just trying to hold on to the past. Wired phones are a rarity these days and even the less prosperous of the Indian population is in the process of migrating to mobile devices.

BSNL is trying to correct the negative growth (which means losses) it’s been suffering over the few years by bringing back the landline. The last time we saw telecom operators clinging on to the past for dear life, they were offering generous discounts on SMS and voice minutes in an attempt to beat alternatives like WhatsApp and Viber. Just look at how that worked out for them. 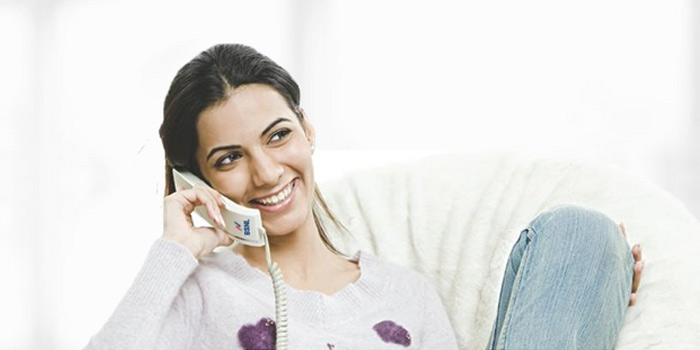 Users who’ve subscribed to BSNL’s major landline general, special and combo plans are all eligible for the free pan-India calling service starting this May 1. The scheme is applicable only between 9pm and 7am. Customers can make calls at no charge to any other service provider and even to mobile phones anywhere across the country. The combo plans denote phone and Internet broadband.

Perhaps BSNL would do well to concentrate its resources on its broadband business. The company lost the most number of fixed line users in February 2015, while Bharti Airtel came on top with regards to gains. Although the state-owned telecom brand was dropped by 1,62,556 customers, it was still the biggest force in the industry to reckon with owing to its market share of 62.26 percent.

Anupam Shrivastava, Chairman and Managing Director of BSNL, explained to PTI that the company wishes to modernize and revive its landline business. It has enough copper cable lines to support wirelinee traffic and has also built up a huge inventory of landline instruments. 960 million people in this nation use wireless networks to communicate. Comparatively, 27 million are on fixed lines.

Though BSNL has already decided to deliver free pan-India calls through landline phones beginning from May 1, it has not marked a date for withdrawing the scheme. The company will review the success of the deal after six months of its launch.