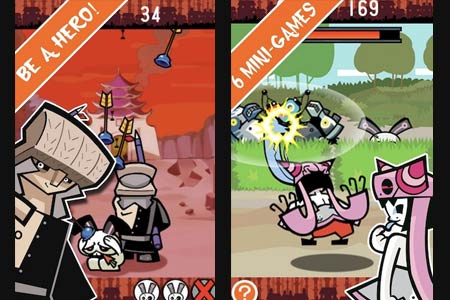 There’s no dearth of mobile phone games as far as the iPhone is concerned and the list only seems to be getting longer with each passing day. Well, Gamania Digital Entertainment has just entered into this space with the Hero: 108 application for the iOS platform. This action-packed app is a compilation of six mini-games.

Players can take delight in choosing the role of their favorite hero in six fast and furiously fun mini-games. Along with hand-picked fan favorite characters, the Hero: 108 offers an enthusing gameplay. The app is based on originally animated cartoon series Gamania.

Coupled with distinctive graphic style, the iPhone app is an attempt to expand in all areas of gaming entertainment. The cheerful app is designed to provide excitement with fun to iPhone owners.

This six action packed mini-games compilation can be downloaded from the App Store for free until March 25, 2011.