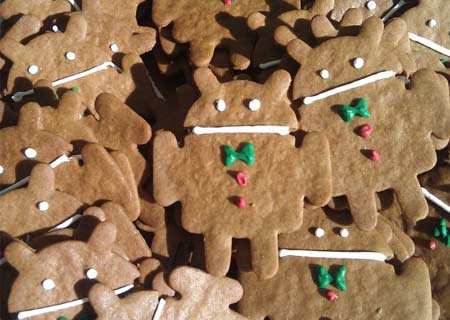 The Android 2.3 operating system has been creating quite a stir in the mobile phone market since its arrival. Engadget has now reported that the HTC HD2 and Google Nexus One handsets have recently received custom Gingerbread ROMs.

According to a post on the XDA Developers forum, Gingerbread is now available for the HTC HD2 and Nexus One smartphones. It is said to work well after initial testing. Although, both of these handsets are apparently not equipped with fully functional builds and so the installation may be difficult.

Those ‘gung ho’ about software developments can download these files for installation. Also, some features like camera, GPS receivers and official Google apps are not yet compatible with this update. Users who do not use these functions can follow some instructions to update the Gingerbread on their Android 2.3.

Ostensibly, the HTC EVO 4G, Motorola Droid and HTC Desire are also up in the line for the Gingerbread. These devices are also believed to be compatible with Android 2.3 ROMs. The source code is seemingly easy to compile for other mobile phones too.

As of now, users can stay tuned for some more Android 2.3 unofficial ROM upgrades.