The Celkon Q40+ is soon to hit the Indian market carrying a decent roster of specs, designed keeping affordability in mind. The smartphone is yet to be priced by the company, but it has been officially listed on the main website with technical details and should be released soon.

The Celkon Q40+ is an improved version of the Campus Crown Q40 which was launched last month. The handset features slightly better specs, but the overall design has remained untouched. In fact, the phone’s dimensions and weight haven’t been altered either. The device is 9.6mm thick and it tips the scales back by 109.3 grams. 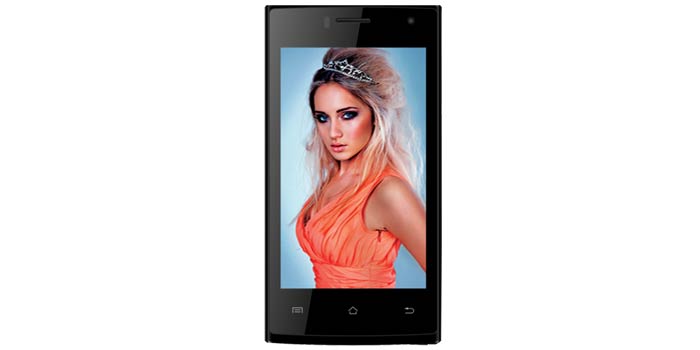 Where improvements are concerned, Celkon has doubled the amount of onboard memory where the RAM is now 1GB from 512MB and flash storage has been increased to 8GB from 4 gigabytes. There appears to be no other modifications and the Q40+ smartphone will continue to offer Android 4.4 KitKat out of the box.

As you’d expect, the Celkon Q40+ is dual SIM enabled and it also supports 3G networks, but on a single slot only. Then there’s a 5MP rear camera with LED flash and no font-facing snapper which is a bit of a disappointment. Visuals are delivered via a 4-inch WVGA IPS touchscreen, while a 1.3GHz quad core processor gets things up and running.

A roundup of the Celkon Q40+ key specs can be found below:

The Celkon Q40+ should be priced a little over Rs 5000 and we expect it to hit stores in the coming days in options of silver and grey.