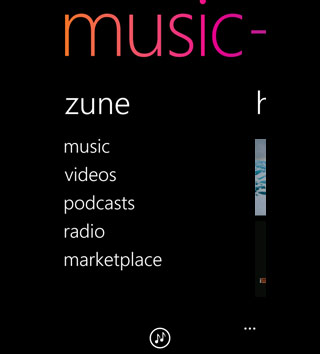 Windows Phone users in Canada will soon have access to the Zune Music Marketplace and Zune Music Pass as the service is expanding to Canada. Along with this, it has also dropped the prices for the Zune Pass in the United States.

The Zune Pass in the United States was previously priced at $14.99 per month with a service of 10 free MP3 downloads. The current price drops will make the pass available for $9.99 per month, although sans the free downloads for 10 MP3s. Existing consumers have a choice of staying on their current plans to enjoy the freebies. Subscribers opting for the $9.99 plan can sync content with up to four devices which will include two PCs, Zune HD or Windows Phone.

For users in Canada encompassed by the recent expansion, the Zune Music Marketplace and Music Pass services will be open to use on Xbox 360, Windows PC, Zune device, and Zune.net and obviously a Windows Phone. The pass will be made available for a price of C$9.99 per month or C$99.90 per year.

Zune has not stopped at just these surprises. Along with this, it has now opened up a music video services for users in both the United States and Canada. Currently, users can stream music video using their Zune music pass only through their Zune PC software. The service is soon expected to be expanded to the Xbox 360.

The expansion of the aforesaid Zune services will be effective starting Monday, October 3.