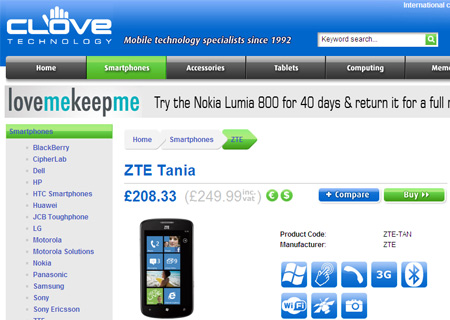 This ZTE mobile device is capable of lending support to a variety of connectivity options such as GSM, 3G, Bluetooth 2.1 and Wi-Fi 802.11 b/g/n. Pre-installed with the Zune music streaming app, the smartphone features the Microsoft Windows Phone trademark Live Tile functionality. It provides users with the latest updates and news from social network websites such as Facebook, Twitter and LinkedIn, directly on the homescreen.

“We’re delighted to be working with Microsoft and as a key partner will support the industry forecasted growth on this exciting new platform with both the ZTE Tania and in the future a growing range of devices. Last year, ZTE announced its plans to build market presence with ZTE branded devices with the release of the ZTE Skate, Libra and Tureis. Our first own-brand handset to enter the market in 2012 is the ZTE Tania,” explained Wu Sa, director of mobile device operations at ZTE UK. 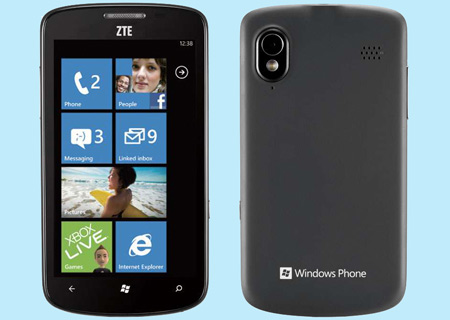 Integrated with a direct link to the users’ Xbox Live accounts, this new handset sports a 5MP rear facing main camera possessing autofocus and flash. The 1400mAh Li-ion battery offers talk time and standby time of up to 4 hours and 200 hours, respectively on the GSM network.