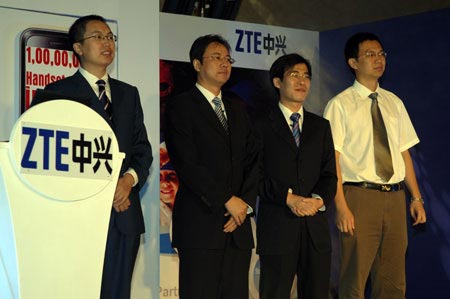 “ZTE has successfully penetrated and taken advantage of the enormous business opportunities in India, the fastest growing telecom market in the world today,” says He Shiyou, Senior Vice President of ZTE Corporation on the occasion.

“ZTE has been significantly investing in handset R&D for almost a decade now. Today, ZTE handset is one of the few with the capability of researching and developing all series of terminal products like 3G, GSM, CDMA, PHS, FWT, wireless data card, etc,” he added further.

ZTE is in partnership with some big Indian telecom providers such as Tata Indicom, Reliance Communications and Bharti Airtel. Also it is further planning to expand their collaborations with other Indian telecom giants.