The ZTE Grand S II smartphone which is a high-end release from the Chinese OEM is making its way to India for sale next week. The phone is a pretty attractive one and it’ll be marketed as an affordable option, but no price details have been revealed as yet.

Also, the ZTE Grand S II was originally launched at the CES 2014 which makes it almost a year old . But that shouldn’t matter considering it’ll offer specs akin to that of the Xiaomi Mi 3 and for under Rs 20000. The phone is currently selling for around 1699 yuan which would be approximately Rs 17159 in India. 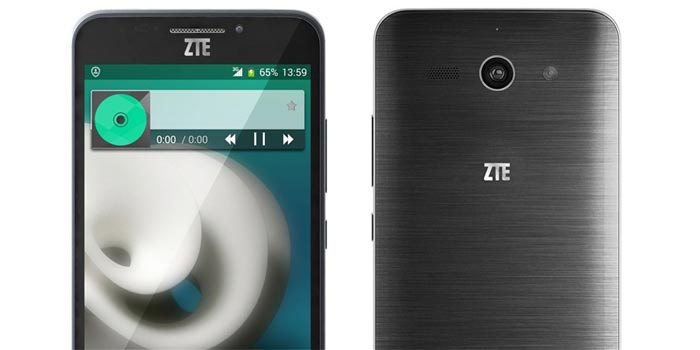 Design-wise, the handset has a curved rear panel for a comfortable grip and the backdoor is given a brushed metallic finish. The ZTE phone weighs 173 grams and that’s mainly because it carries a 5.5-inch 1080p IPS display and other beefy components on the inside.

They include a large 3100mAh battery, a 2.3GHz quad core Snapdragon 800 processor, 16GB of non-expandable storage and 2GB RAM. Apart from these features, the Grand S II also comes with a 2MP front camera, a 13MP rear snapper and 4G LTE connectivity.

The ZTE Grand S II is scheduled to hit stores across India from November 24.