Home Other Brands Yu Yuphoria also available with Android, Cyanogen partnership may be over

Amazon India is now selling the Yu Yuphoria smartphone with plain old Android Lollipop 5.0 aboard as well as a discount of Rs 500. This reduction in cost effectively brings down the price of the handset to Rs 6499. Meanwhile, its Cyanogen OS 12 variant is still on sale for the original tag of Rs 6999 with which it was released in May 2015.

But the Yu Yuphoria is not the only phone from the Micromax-backed brand to ditch Cyanogen. Even the Yureka Plus is available on Amazon India with Android KitKat. In both devices, nothing apart from the software is different. So buyers get the same specifications but a slightly differently interface, perhaps one they’re more used to if they had a smartphone running Google’s stock mobile OS. 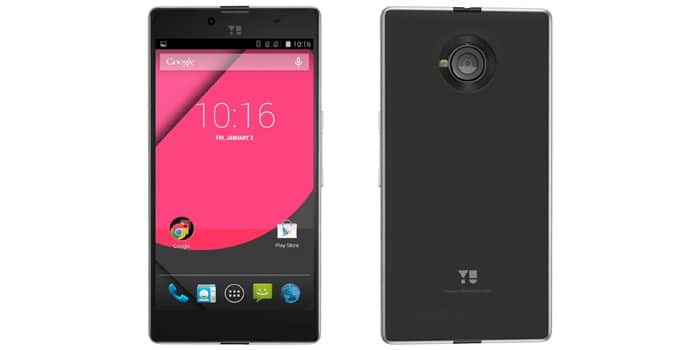 The Yuphoria gets its bite from a 64-bit quad core Snapdragon 410 chip working with 2GB of RAM and powered by a 2230mAh battery. It is compatible with 4G LTE networks and has the usual connectivity features like Bluetooth, Wi-Fi and GPS. A 5-inch IPS touchscreen of 1280 x 720p resolution is placed on its front panel along with a 5MP camera for clicking selfies and video calling.

The rear of the smartphone plays host to an 8MP camera. With regards to hoarding space, the Yuphoria has a microSD card slot supporting 32GB expandability for those who find the 16GB of internal memory to be insufficient. On a side note, folks with Yu handsets working on Cyanogen OS 12 will soon be getting the Cyanogen OS 12.1 update that’s built on the Android 5.1.1 Lollipop software.

Follow this link to Amazon India if you want to lay your hands on the ‘Buffed Steel’ version of the Yu Yuphoria high on Android Lollipop.