The dual screen monster of a handset called the YotaPhone is coming to India through online retailer Flipkart. The word’s not official yet, but we know it’s going to happen anyway thanks to a recent leak. Unless the listing in question needed some editing, we’re sadly getting the 2013 version of the device.

At the MWC 2014, the company behind the ‘two-faced’ smartphone had revealed an upgraded variant of the YotaPhone packing in full-touch control on the rear screen and a quad core Snapdragon 800 processor. The YotaPhone handset version India is rumored to be welcoming soon features a dual core chip instead and restricted functionality on the black-and-white rear display. 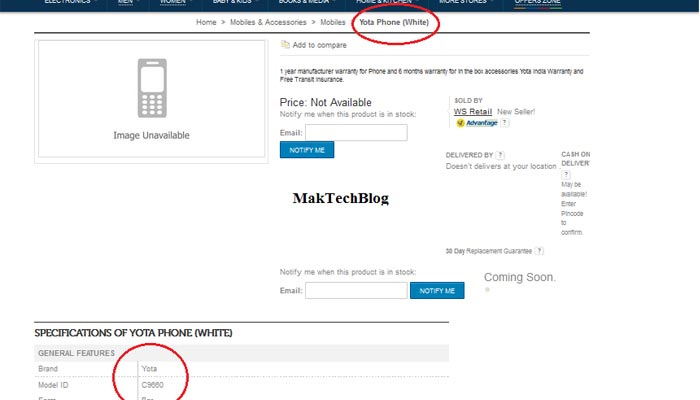 You can just see notifications and other updates on the 4.3-inch e-ink panel which serves as the second screen. The main one is also 4.3 inches, though it spits out colored visuals in high definition. The main 13MP camera is not too bad a proposition with its auto focus and LED flash support.

Also see: YotaPhone featuring dual screens has been launched in Russia and Europe

You even receive a 1MP snapper for making video calls on the flip side. The dual core Qualcomm processor hiding under the YotaPhone’s hood is backed by 2GB of RAM. There’s no microSD card for catering to your hoarding tendencies; so you’ll have to make do with just 32GB of internal memory. 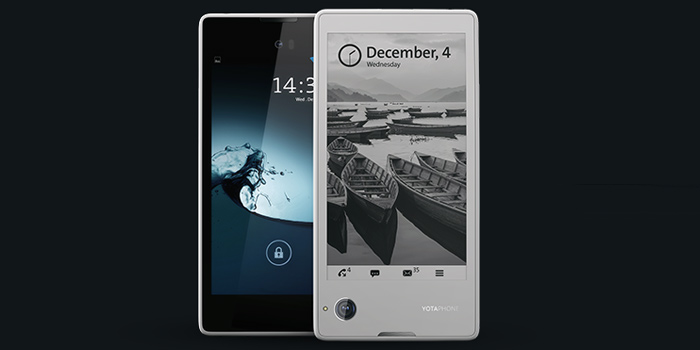 The first image comes courtesy of MakTechBlog who was quick to grab a screenshot of the YotaPhone listing on Flipkart. With regards to its price in India, our guess is as good as yours.