An announcement about a price for the Xolo Q800 has ushered in the QCore series, with the manufacturer introducing its very first quad core smartphone at Rs. 12,499. Now the handset has only made an appearance at one retailer in India, but that only means it’ll be hitting others too pretty soon.

The company keenly remarks that the CPU at the heart of the device has been clocked at 1.2GHz and accompanying the processor will be PowerVR SGX544 graphics muscle for playing out visuals. The phone comes Android Jelly Bean, owing to which users will be able to surf the Internet using the pre-loaded browser as well as gain access to Google Play. 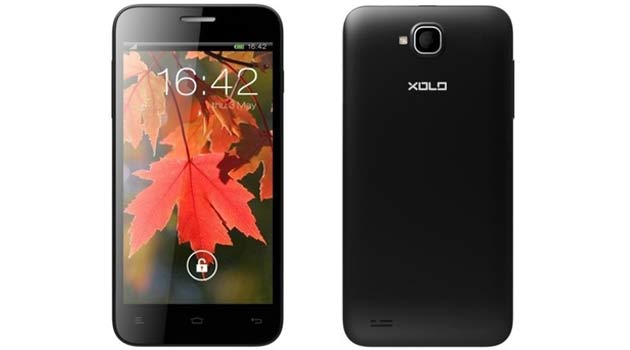 The gadget’s capacitive display with a resolution of 540 x 960 pixels will stretch as much as 4.5 inches diagonally. Not only does the handset wrap in dual cameras, but each of the two will be featuring a BSI sensor. An 8MP snapper will be seen posted on the rear surface and at the same time a 1.2MP webcam will slither onto the front panel, settling above the screen.

Over and above the 4GB internal memory which the company proffers, a microSD card slot will find its way onto the phone’s chassis, enabling an expansion of up to 32GB. Apart from this, 1GB of RAM has been included in order to assist the CPU in its functions. 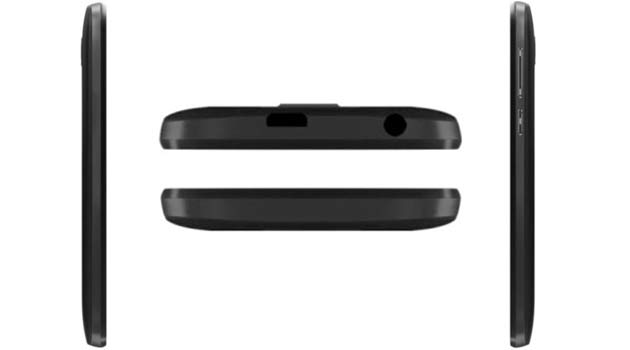 The in-built battery which is touted to be a 2100mAh capacity one should be capable of delivering around 16 hours of talk time or up to 360 hours of standby, for those on 2G. While 3G users should be able to derive roughly the same amount of standby, the talk time they can squeeze out of it has been estimated to be approximately 10 hours.

As of now, the Xolo Q800 seems to have arrived at no other outlet, but Flipkart. We have seen the quad core Micromax Canvas HD draw a lot of attention with its Rs. 13,999 tag and almost equally competitive specs. So it still remains to be seen what sort of reaction the device in question will garner. People can also take a look at the company’s other handsets such as the 5-inch A1000, 4.5-inch A800, 3.5-inch X500 and more. 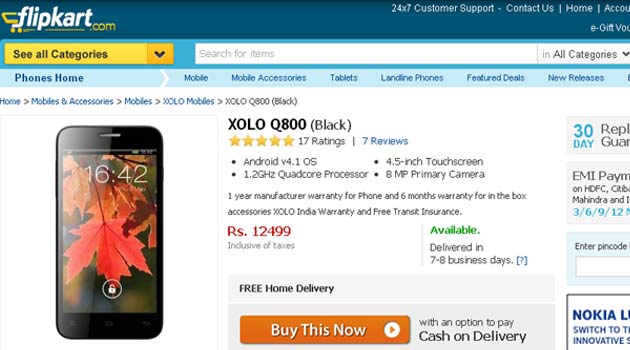 Let’s take a quick tour of the smartphone’s highlighted specifications: