Home Other Brands Xolo Q3000 is now up for sale in India for varying prices...

The Xolo Q3000, a 5.7-inch phablet that popped up online via a retailer has finally been put up for sale in India through various shopping portals and for varying prices. You can pick it up for an amount falling somewhere between Rs 18,849 and Rs 20,999. But it still hasn’t been introduced officially.

This Xolo phone was first spotted in India more than a week ago and later there were reports saying that it has hit pre-order status. And now the device is finally up for grabs. Snapdeal has pegged it at Rs 18,849, whereas Flipkart and Infibeam are selling it for Rs 20,999. Homeshop18 has not disclosed the price as yet, but it says it will begin offering the device in the first week of January. 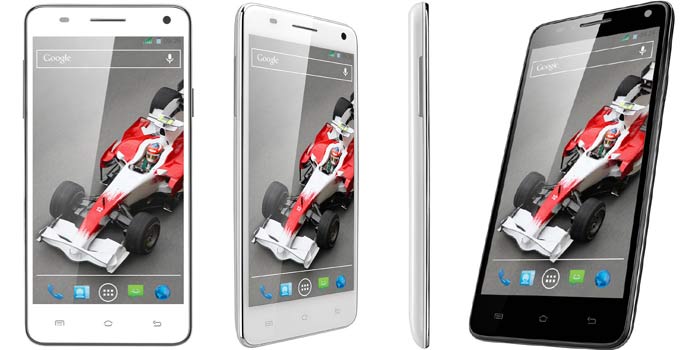 Let’s take a look at its features. The Q3000 is basically a hybrid between a phone and a tablet as it offers FHD multi-touch real estate of 5.7 inches. Its multitasking capabilities can be attributed to a quad core processor, whereas the intuitive interface is due to the Jelly Bean 4.2 platform. A 13MP camera and a 5MP webcam have also been thrown into the mix along with a lot of other things. 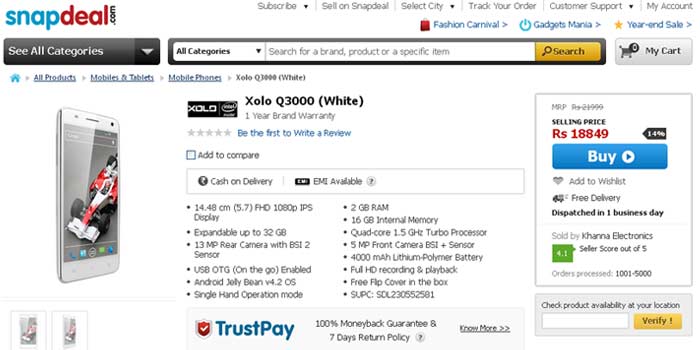 Take a look at some of the key specifications of the phone:

The Xolo Q3000 can now be purchased through select online retailers.