The all new Xolo Play 8X-1100 octa core Android smartphone for gaming buffs has been rolled out at a tempting price of Rs 14999 so soon after the company launched its Q700s Plus and Q1000s Plus handsets. The Play 8X-1100 is just one among a few other devices released by the brand mainly with mobile gaming enthusiasts in mind.

We’ve also seen similar offerings like the octa core Xolo Play 8X-1200 and the hexa core Play 6X-1000 in the past. As for the Play 8X-1100, it has yet to show up officially on the company’s website. It sports a 1080 x 1920p full HD display measuring 5 inches and ships with Android KitKat onboard. 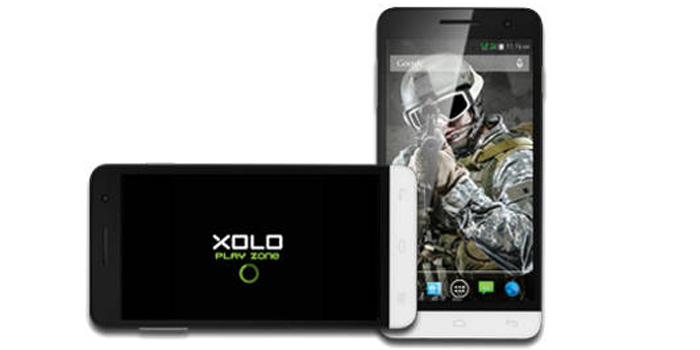 As you’re going to need powerful components to properly enjoy gaming on the Play 8X-1200, Xolo has stuffed it with an octa core processor accompanied by a 700MHz Mali 450 GPU and 2GB of RAM. There’s 16GB of ROM for hoarding all your entertainment as well as a microSD card slot for adding up to 32GB of extra space.

The Xolo Play 8X-1100 smartphone isn’t only built to please gamers, in case you’re asking. The company has also equipped the handset with a 13MP main camera enhanced by a Sony Exmor RS sensor and an LED flash unit. The webcam appears to be an impressive addition too, with its BSI sensor and 88-degree wide viewing angle.

Yet another highlighted feature of the 3G-capable Play 8X-1100 handset is its Hotknot file sharing that’s apparently speedier than regular Bluetooth. The system lets users transfer data files between compatible devices by simply touching their screens to each other.

The Xolo Play 8X-1100 is currently being sold through retail outlets across the country in white, though we have no doubt that it will hit online stores soon enough.