Two new Xolo Omega 5.0 and Omega 5.5 smartphones have just been introduced in India, and these devices pride themselves on the fact that they feature the company’s very own Hive UI on top of their Android software. Set to be made available later this month, the smartphones have been priced at Rs 8999 and Rs 9999, respectively.

This launch marks the beginning of the company’s Omega range which we’re guessing will only include models offering its Hive UI. Both the Xolo Omega 5.0 and Omega 5.5 run on octa core processors and are definitely looking to compete with market biggies like the Moto G 2nd generation, the Xiaomi Redmi Note and the Asus ZenFone 5. 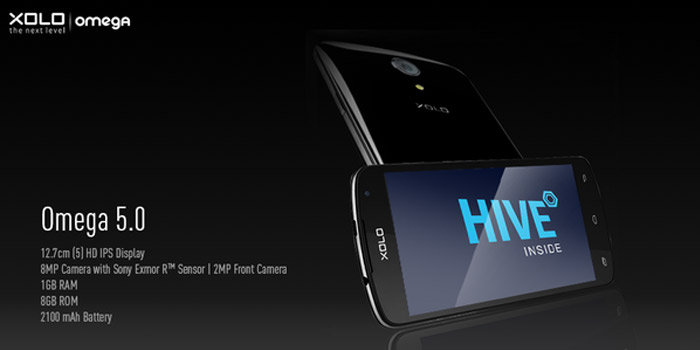 The Omega 5.0 features a 5-inch 720p HD display and an 8MP camera with a Sony Exmor R sensor. It comes with 1GB of RAM and 8GB of expandable storage aboard, and it’s kept going by a 2100mAh battery. The Omega 5.5 on the other hand, houses a 5.5-inch 720p HD display and a 13MP Exmor RS camera. While its memory specs remain the same as those of its counterpart, it does grab a larger 2600mAh battery.

Xolo has announced that although these devices are running the Android 4.4 KitKat OS, they will indeed receive their Hive UI-equipped Lollipop updates in the future. While the 5.0 model will offer 500MB of free data and unlimited music streaming to Vodafone customers for two months, the 5.5 variant will tender 1GB of free data and music streaming for the same time span. 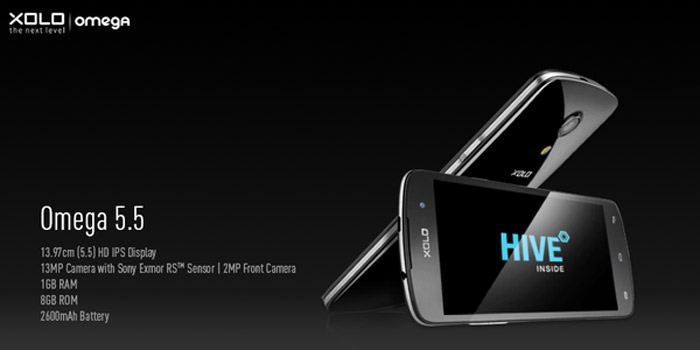