Apparently, Xolo is busy manufacturing a 4G LTE-enabled device for India that will go by the name of LT900. As of now, the country pre-dominantly has 3G connection and the 4G data speeds are being beamed out in select regions. But of course, we are expecting LTE to arrive in India very soon and considering that companies are already contemplating phones compatible with these networks, we may not have to wait for too long for even faster internet connections.

We spotted this piece of information on the GSMArena website. The LT900 will not only be the first 4G LTE-enabled smartphone for this company, but also for India, unless any other homegrown manufacturer beats it to it. But if the rumors are anything to go by, the Xolo device is ready to roll and will be unveiled in the first week of November itself. 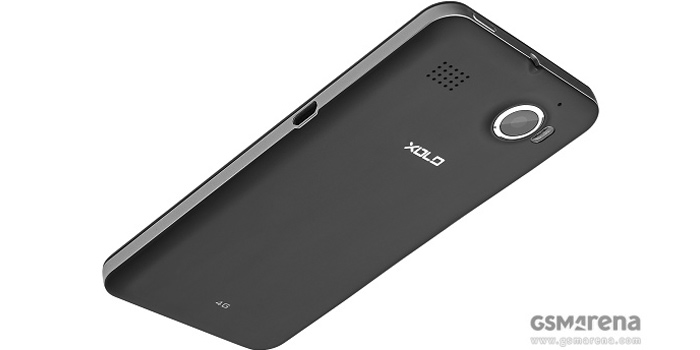 The press render that you see above is of the phone in question and we must say that the device looks pretty stylish. Its back panel proudly proclaims that it supports 4G. A camera complete with LED flash, speakers and a USB port are also visible in the picture.

Some of the other details of the phone have been mentioned as well. You can expect it to tag along a 4.3-inch HD IPS OGS touchscreen of 341ppi. And apart from an 8MP camera with a BSI sensor, it employs a Qualcomm Snapdragon S4 processor sprinting at a maximum speed of 1.5GHz.

Thus, first week of November is when the Xolo LT900, India’s first 4G LTE smartphone will be unveiled in the country. Pricing information should be revealed at launch.