The Xolo Black 3GB has been launched in India and will be sold via a flash sale hosted by Snapdeal on December 29. Registrations for the handset’s vending begin from December 23 at 8 pm.

The dual-SIM Xolo Black 3GB has been slapped with a Rs 11999 price tag, which is Rs 1000 more than what its predecessor is currently selling for. The main difference between the two lies in the newer model’s 3GB of RAM, an upgrade over the other’s 2GB. It’s otherwise more or less the same offering which the brand launched back in July this year. 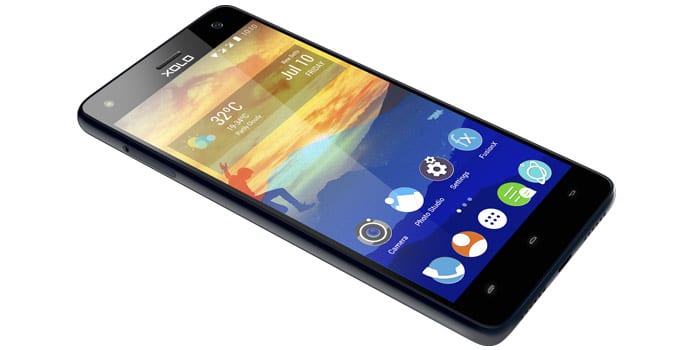 The highlight of the 4G-ready Xolo Black is the twin camera setup on its rear surface. A 13MP camera captures the image, while a 2MP one records the depth. As a result, users can change factors such as the focus of the photo after it’s been clicked. Furthermore, the combination supposedly provides faster focus speeds.

Check out the specifications of the Xolo Black 3GB at a glance:

Xolo has also equipped the handset with a 5MP front-facing shooter accompanied by a wide-angle lens and flash. Another notable aspect of the device is its 3200mAh battery, which has been granted Quick Charge 1.0 technology. The company guarantees it will be able to deliver 20% more power thanks to an in-built load balancing system.

Like we said above, the Xolo Black 3GB will be up for registrations on December 23 via Snapdeal. It will hit availability on December 29 at Rs 11999.