Xiaomi has officially opened its first-ever offline store in India at the Phoenix Market City Mall in Bengaluru. The outlet is only the first of many, with the brand looking to open outposts in Delhi, Mumbai, Chennai and Hyderabad. Long-term, the brand plans to set up 100 Mi Homes in the nation by 2019.

Xiaomi’s Mi Home Store will sell smartphones as well as its slowly growing list of accessories. The latter group includes power banks, Wi-Fi routers, smart air purifiers, VR headsets, and fitness bands. The former group is often in short supply in India, with new handsets getting sold out in seconds once they go up for sale on designated days.

The arrival of brick-and-mortar Mi Home shops in India will hopefully ease this situation. The company’s recently launched Redmi 4 will be available only from its offline outlet starting from today, before the device moves on to the brand’s website and Amazon India on May 23. 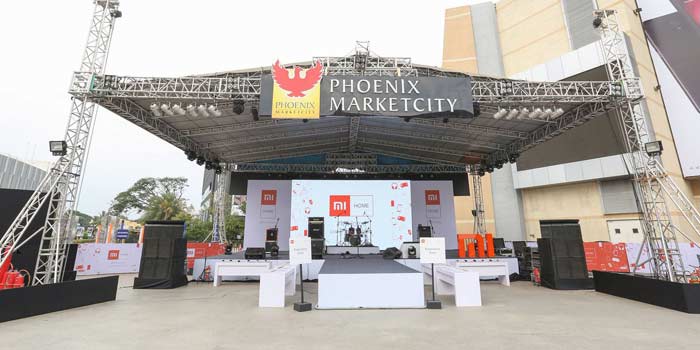 Xiaomi is probably hoping its Mi Home shops help it expand its offline market share which still accounts for a large portion of sales in India. It’s done exceedingly well in the online sector. The International Data Corporation (IDC) recently reported that the Redmi Note 4 had become the highest shipped smartphone in India during the first quarter of the year.

The Redmi Note 4 managed to beat the Galaxy J2 to first place, a fact which Xiaomi VP Manu Kumar Jain highlighted by pointing out that Samsung had held the top spot for over 6 years. Jain posted a number of photos from the Bengaluru Mi Home opening, noting that there were hundreds of people eager to visit the outlet waiting in line.