Further adding to the possibility of the Xiaomi Redmi Note going on sale in India on December 2 is the fact that the company plans to officially launch the handset on the November 24, which is a Monday. And as you know, the Redmi 1S will be going on sale on Tuesday the 25th which is to be its last time on the market.

And with the super cheap mid-range phone discontinued, the following week will see the Xiaomi Redmi Note hit Flipkart and the Chinese company is for sure going to stick to its flash sale every Tuesday tradition. Invites to an event on the said date has started rolling out and the OEM will be hosting a second launch for Mumbai-based publications on November 26. 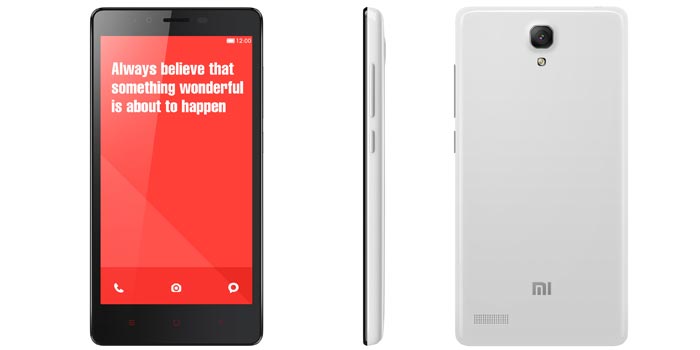 The Xiaomi phablet has been anticipated since the Mi 3’s release back in July and the company has sure taken its sweet time getting the phone over to India. Owing to this, the Mi 4 flagship will likely be delayed into early 2014. What’s more, a 4G version of the Note is also slated for release in the country carrying a Snapdragon 400 SOC.

The HSPA+ model comes with an octa core processor and it runs on Android 4.2 Jelly Bean. It’s likely to get updated to KitKat next month and feature the latest MIUI V6 interface.

The Xiaomi Redmi Note will go on sale for Rs 9999 and not Rs 8999 as previous proposed by the company. The phone is a little over a week away from hitting stores, so stay tuned for word on registrations.