The Redmi 5 has officially gotten unveiled in India, announced just a month after the Redmi Note 5 and Redmi Note 5 Pro were launched. The latest member of the family boasts of the same 18:9 display as the others, but within a smaller 5.7-inch HD+ screen.

There are a couple of other key differences as well. The Redmi 5 gets by on a Snapdragon 450 processor and 3300mAh battery, while the Redmi Note 5 packs a Snapdragon 625 SoC and 4000mAh battery. Both feature Xiaomi’s selfie light tool to softly illuminate photos taken in the dark. 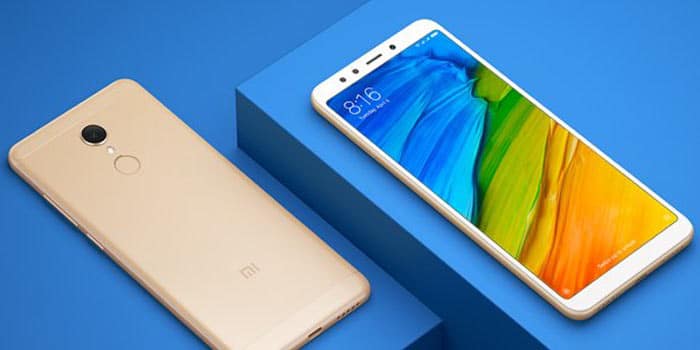 A quick look at the specifications of the Xiaomi Redmi 5:

The Redmi 5 is being sold via Amazon India, Xiaomi’s site, and Mi Home outlets on March 20 at 12 pm. It’ll eventually spread to offline retailers. Launch offers include 90% off on Kindle eBooks up until Rs 400, Rs 2200 in cashback and 100GB of additional data from Reliance Jio, and a 5% discount for SBI credit card owners.