Since Xiaomi is known for its extremely affordable launches, it’s not surprising to hear about its rumored entry level smartphone that’s apparently set to be unveiled on April 8. It is reportedly going to cost 499 Yuan (about Rs 5000) or so and and have some really good features for the price it commands.

We’ve not yet heard the name of this Xiaomi phone; but the details about its specs aren’t as sparse as expected. To start off, the device may be in the 4.7-inch range, though its display resolution is highly unlikely to be a full HD one. Word from various Chinese media sources are putting it at 720p. 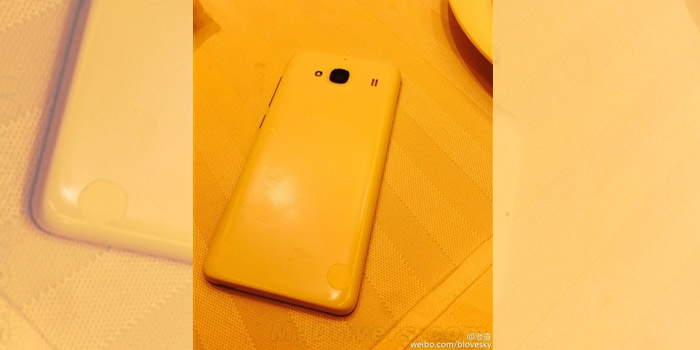 The software inside is supposedly Android KitKat with Xiaomi’s homegrown MIUI interface folded in. The handset being a budget-friendly one, we bet you’re hardly shocked to hear that there’s only 1GB of RAM powering it. The 8GB of ROM aboard is backed by a microSD card slot for adding extra storage space.

A Leadcore processor embedding a 1.6GHz quad core Cortex A7 chip may make it into the Xiaomi smartphone. It is produced using the 28nm manufacturing process. Those who can’t do without a decent camera on their devices may not be disappointed by the lens on the upcoming handset unless it has jarring defects.

Xiaomi will be putting an 8MP camera on the back, while a 2MP snapper is supposed to crown the front. The phone was previously reported to land for just 399 Yuan. GizmoChina hints that the competition might have felt tough in this segment since Phicom and China Mobile have released devices for 399 Yuan recently.

Xiaomi has ambitious plans to sell 100 million handsets in 2015 and its entry level smartphone might bring it closer to that goal. We’ll find out more on April 8 and keep you posted in the mean time.