Xiaomi has put out its first tablet called the MiPad in India, a relatively inexpensive offering considering its price of Rs 12999 combined with the specs it features. Until we can give it a spin, to say that the Xiaomi MiPad is better than the iPad mini 3 at this point would be unfair even though it is more impressive on paper.

The MiPad has a 7.9-inch 2048 x 1536p touchscreen with Gorilla Glass 3 protection and a quad core 2.2GHz Nvidia Tegra processor powering it. It comes with 2GB of RAM and 16GB or 64GB of internal memory. The model that Xiaomi will be releasing in India for Rs 12999 is the 16GB one. But there’s no need to worry about running out of space since there’s a microSD card slot for admitting 128GB of extra storage. 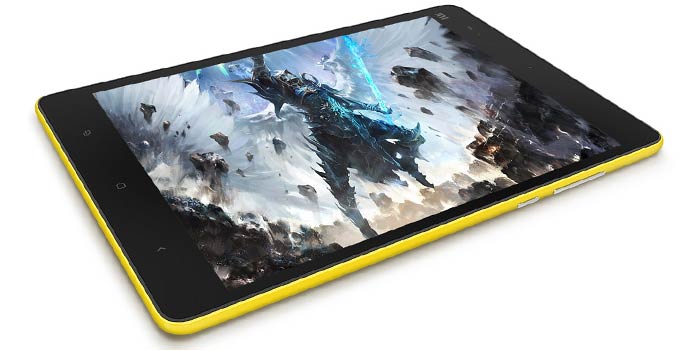 The Xiaomi device runs on Android laced with MIUI software. It’s got a 5MP front-facing camera and an 8MP one on the back. A 6700mAh battery keeps it going between charges and the company offers it in a range of color options. Feel free to line up all these details against the iPad mini 3 with its 7.9-inch display, 5MP and 1.2MP snappers, Wi-Fi support, 6470mAh battery, 1GB RAM and dual core chip.

Xiaomi MiPad specifications at a glance:

The Redmi 2 which was also launched along with the Xiaomi MiPad, will be taking the flash sales route, unlike the tablet that’s set to be made available this March 24 in the normal fashion.