Home Accessories Xiaomi Mi power banks get listed on Flipkart at Rs 799 and...

Listed on Flipkart are the new Xiaomi Mi power banks which although the Chinese company has released in other markets previously, will be making their way into India soon. Available in 5200mAh and 10400mAh capacities, these handy portable chargers for smartphones and tablets have been priced by their maker at Rs 799 and Rs 999, respectively.

The items are out of stock at the moment, but judging by the fact that they are being listed in the first place, we can expect them to arrive on Flipkart in a few days. The said e-commerce site will most probably be the sole seller for the Mi power banks, since that’s exactly the case with the smartphones which are made by Xiaomi. 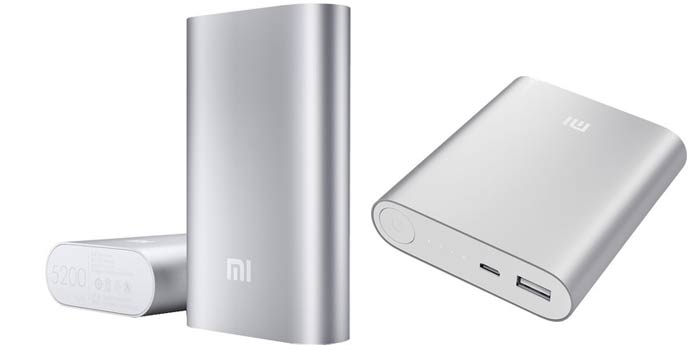 These Xiaomi products appear to have been built in a premium manner, and they both feature dual battery cell technology developed by Samsung and LG. Indicator lights also make their way onto them, apart from water and corrosion resisting properties.

Also Read: Xiaomi Mi 3 second round sold out on Flipkart in just 5 seconds

The Mi power bank with the lesser 5200mAh capacity can fully charge the Mi 3 smartphone once or the iPhone twice in one go. On the other hand, the 10400mAh variant can hold enough charge on it to replenish the Mi 3 2.5 times, the iPhone 4.5 times and the iPad 1.5 times.

Other aspects like input and output overvoltage protection and safety from short circuits also form part of their offerings. Although these power banks are available in different colors elsewhere, only their silver models are being listed on Flipkart at the moment.