As you probably know, the Xiaomi Mi power banks have been out of stock for a few weeks now and that’s mainly because the company had plans to launch the 16000mAh and 5000mAh portable batteries in the country soon. The two new options have been officially unveiled and they carry affordable price tags of Rs 1399 and Rs 699, respectively.

The Xiaomi 16000mAh and 5000mAh Mi power banks were both launched back in November of last year. Clearly, they’ve taken a long time to reach India and this isn’t surprising considering that they wouldn’t be the only devices from the Chinese OEM to get a late launch. Both devices offer slim form factors and have premium designs. 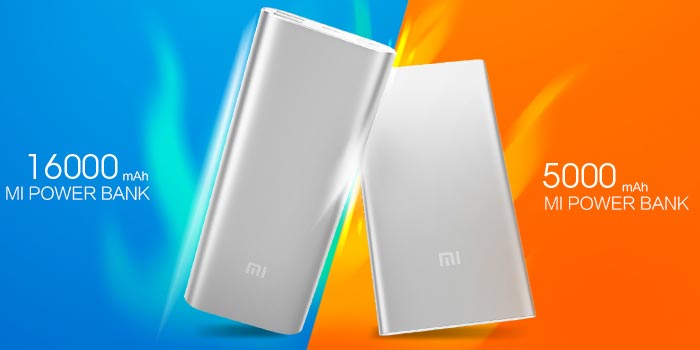 Xiaomi uses an aluminum casing for both models, which offers better protection and also keeps things cool. On the inside, dual battery cell technology from LG and Samsung has been implemented. The 16000mAh option has dual USB ports for simultaneous use and it can deliver as much as 3.5 full charges to a 3100mAh power pack.

Also read: China’s counterfeit industry blamed by Xiaomi for low sales of its power banks in 2014

And with an output of 3.6A, you can be sure to have your devices juiced up in a jiffy. Coming to the 5000mAh option, this portable battery is just 9.9mm thick, making it highly portable. And it can provide up to 1.8 full charges for iPhone 6. Both models are compatible with different brands such as Apple, Samsung, HTC and BlackBerry amongst others, and can even be used on other devices like cameras, gaming handhelds and more.

The Xiaomi 16000mAh and 5000mAh Mi power banks are currently listed on the company’s Mi India website, but are yet to be made available for purchase. We could see the new 10000mAh option which was launched earlier this month also make its debut soon.