Microsoft has stuck to its promise of launching the Xbox One through Amazon India promptly on September 23, that’s today. The gaming console sells for Rs 39990 or Rs 45990 depending on the bundle you order and both have been available for grabs since the clock struck one minute past midnight.

And just because many of you are sure to want to compare its price to that of the Sony PS4, the latter can be purchased for around Rs 38990 in the country presently. Coming back to the Xbox One console, Rs 39990 gets you the console as well as a free copy of FIFA 15. 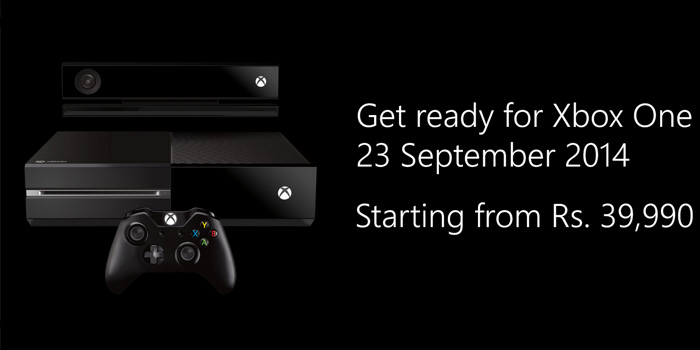 If you’re ready to hand over Rs 45990 to satisfy your appetite for gaming, then it’ll be the Microsoft Xbox One with Kinect Day One Edition bundled along with FIFA 15 and Dance Central Spotlight DLC for free. If you live in Mumbai, there are chances of Amazon being able to deliver the device before September 24.

But you’ll have to order quickly for that to happen. You’ve obviously noticed by now that Microsoft has relaxed its policy about having gamers compulsorily buying the Kinect sensor along with the console? It’s the only way the company can hope to keep the price of the new Xbox as attractive as the Sony PS4’s cost in India.

What’s more, as part of the launch day festivities, Amazon is offering Xbox One buyers a Gift Card worth Rs 4000 at no extra cost. The Xbox One gaming console initially enjoyed a limited launch in several countries including the US, the UK, Australia, Canada and others in November 2013, with its base price starting at $499.