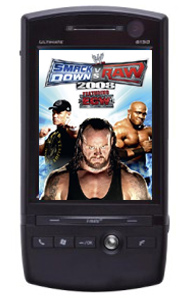 Bob Aniello, senior vice president, worldwide marketing, THQ expressed “The exciting and frenetic atmosphere of Monday Night RAW provides the perfect stage from which to launch our WWE SmackDown vs. Raw 2008 global marketing campaign. Each platform provides unique fighting experiences that will bring fans closer than ever to their favorite Superstars.”

WWE SmackDown vs. Raw 2008 allows the players to take the fight into their own hands with the debut of Superstar Fighting Styles. The game features eight unique styles, each style having its own strategy and exclusive attributes. The brand new Struggle Submission System provides the players intuitive and natural control over their WWE Superstars by using the game’s popular analog controls.

In addition to the features, WWE SmackDown vs. Raw 2008 will give a significant Extreme Championship Wrestling (ECW) presence, which includes a variety of Superstars, arenas and weapons.