The next iteration of the Windows Phone OS will provide some personalization options as it will bring support for background images. To make it possible on the homescreen, the company has found a way and that includes skinning the existing Live Tiles on the homescreen and making them transparent so as to show the image you choose to keep on the background.

The screenshots of the said feature of the Windows Phone 8.1 platform have surfaced on the web through WindowsBlogItalia and were then picked up by the guys over at The Verge. The settings for the same can be changed via Theme section, which will be renamed as Start + Theme. As of now, the section only has features like theme and accent colors, but the new iteration’s menu will have something called ‘start background’ that will let you add a picture. 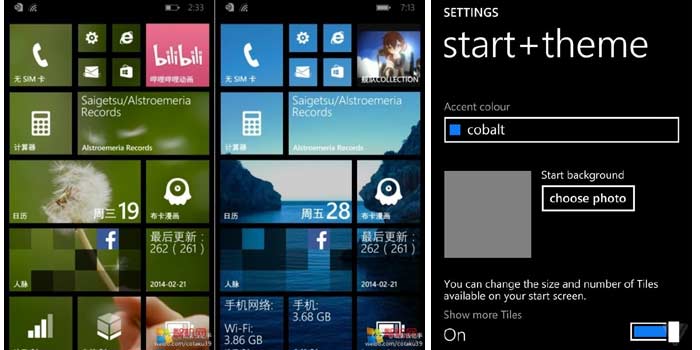 It should be noted that not all applications will support skinning and will continue to use their custom colors. These will include proprietary apps such as Xbox Music, Office and Games which have their own default shade and do not take up the accent color you have chosen for your phone.

The Verge says that Microsoft may send the Windows Phone 8.1 update to the developers sometime in April after its Build developer conference. Its release date is not known as yet.