The much talked about Windows Blue is once again receiving a glare of publicity, ever since screenshots of its interface were caught seeping out. Although it could be a while before this version of the OS rolls out, a pre-release edition dubbed Build 9364 can be downloaded through certain file sharing sites currently.

Seen below is a screenshot of the Blue interface, touting both larger Live Tiles as well as smaller ones, as compared to those present on the W8 UI. Tile arrangements aside, the updated edition makes a full show of new alarm, sound recorder, movie moments and calculator icons, moreover bringing increased control of Start Screen personalization with respect to colors and background themes. 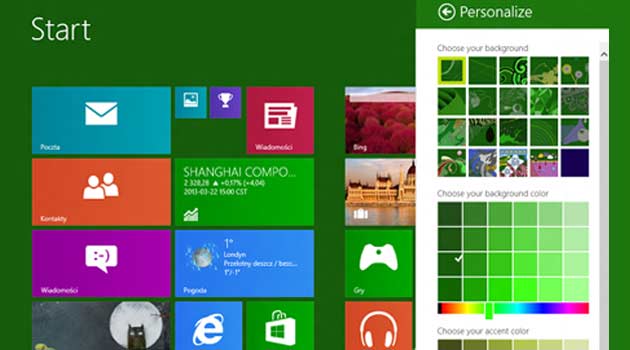 Affixing Snap Views onto the UI could be considered as one of the prominent developments. Using this, apps can be placed next to each other, flashing a 50/50 view. While this feature has been observed on Microsoft’s version 8 OS as well, the latest edition’s ability to house up to 4 apps tends to be notable. The Snap Views modifications have also been carried over to multi-monitor support, sanctioning the use of standalone W8-style apps on more screens than one.

With so many changes taking place, how could Charms be left behind? The bar dedicated to ‘Devices’ will now be home to a ‘Play’ option, sharing room with ‘Print’ and ‘Project’. The Share Charm has welcomed a screenshot option, while the bumped up software has rendered an entire bar for SkyDrive. 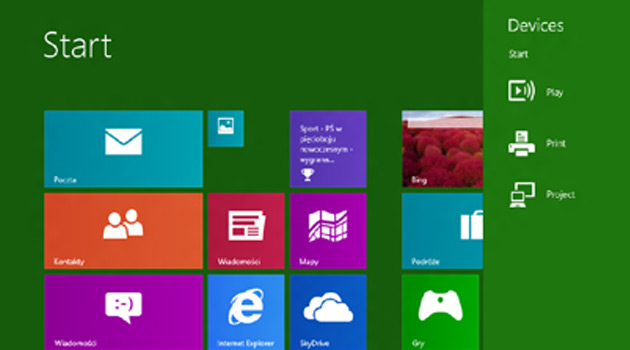 The leaked images of the update also give us a glimpse of Internet Explorer 11, but the browser’s appearance is the only aspect that can be inspected so far. For touch-enabled devices, the OS has introduced edge swipes, something similar to what can be found on Ubuntu. For instance, the list of Apps will pop up as soon as users sweep their finger or the mouse pointer from bottom to top. 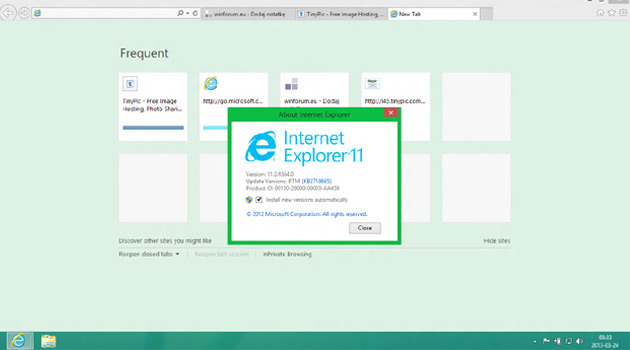 A report on The Verge states that the public release of Windows Blue will fall in the months to come, but it reveals no specific date or even a month, for that matter. On the other hand, a Polish forum named Winforum, the core of the aforementioned news, counsels us to expect the upgraded software in six months. In other news, the mobile-optimized version of the same OS may be in the works as well.