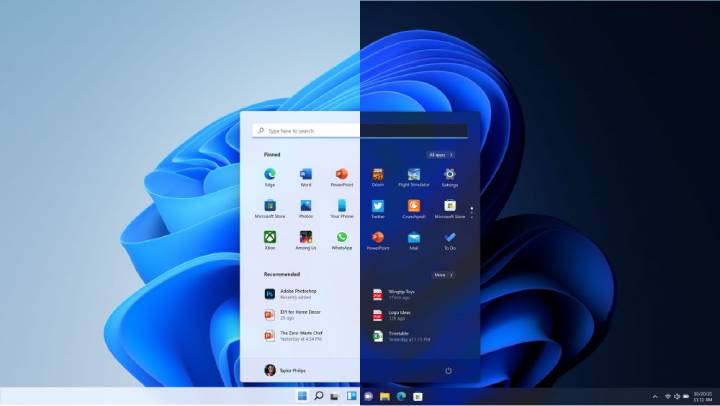 At the end of this year, all Windows 10 users will be furnished with a free upgrade to Windows 11, a newly redesigned version of the operating system. Microsoft has given the software a big visual overhaul and even granted it new features, which include the ability to run Android apps, albeit with a catch.

Let’s start with the Start Menu though; as we saw in the leak, it has a centered layout by default now. It ditches Live Tiles for more typical icons and includes apps, recent documents, and a separate search interface. And you’ll find rounded edges throughout the entire interface, which is something that brings it more in line with macOS.

Windows 11 users will get proper light and dark modes, while one more big addition is that of a widgets pane. It slides out of the left-hand side of Windows 11 to reveal information like news, weather, maps, and even your social media feeds. You can slide it out even further to make it fill the entire screen.

Windows Snap gets expanded into Snap Layouts with this version. It allows you to choose from multiple custom layouts to have more apps occupying the screen at the same time. And then there’s Snap Groups, which allows those using multiple monitors to ensure that their apps always open on the correct screen.

Microsoft is integrating Teams directly into the Windows 11 taskbar, which marks a big shift away from Skype. The company has also gone big with the software’s Xbox integration. The Auto HDR feature from its consoles allows certain DirectX 11 and DirectX 12 games to be displayed in high dynamic range if you have a compatible HDR monitor. Also integrated into the software are the Xbox Game Pass and xCloud. 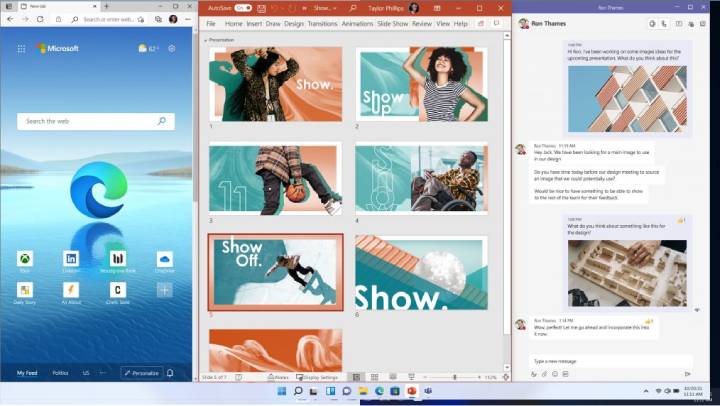 Android apps will be able to run natively on Windows 11. But that’s not thanks to the Google Play Store. Microsoft has partnered with Amazon and Intel to make this a reality. The Microsoft Store also gets an overhaul to support a host of apps that haven’t typically been available in the Windows app store. These include apps from the Adobe Creative Suite, and of course, Android apps.

Microsoft has batted for openness with the launch of this new storefront, even as it’s allowing developers to use their own commerce models on it. And the company won’t take a cut from their revenues at all. Finally, a host of performance tweaks make their way into Windows 11 as well. Its updates will be 40 percent smaller and will happen in the background.

No Windows 11 release date has been revealed so far, but we do know that it will be doled out as a free upgrade to Windows 10 users this fall. You can try out an early version next week if you sign up for the Windows Insiders program.