Home General Wikipedia will soon being able to read to you

Wikipedia and Sweden’s KTH Royal Institute of Technology have partnered up to build a speech engine so that the online encyclopedia will soon be able to read content out loud to you. It will be useful to those with visual or reading difficulties. Folks who feel their eyes getting strained after hours of wandering through Wikipedia’s various pages, might also be thankful of this news.

Don’t find Wikipedia addictive at all? You’ve obviously not been through the site’s list of common misconceptions or urban legends. If you can pull your self away from the numerous sub-sections (phantom vehicles, Slender Man, creepypastas, why espresso has less caffeine than regular coffee, The Crying Boy or iron maidens) in any of these pages, you must be fun *insert sarcasm* at parties. 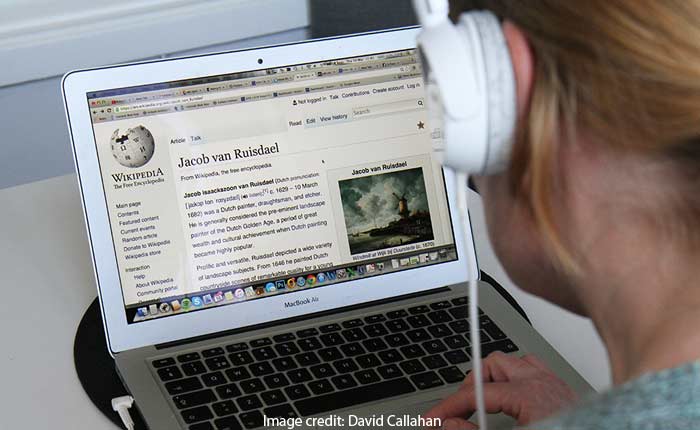 The speech synthesis platform that Wikipedia and KTH are working on, will be open and crowd-sourced. The technology will be optimized for the virtual encyclopedia; but will be available for portal running MediaWiki. Apparently 125 million Wikipedia users (or 25 percent), need or want access to its content in spoken form. The Wikispeech pilot project will start by developing English, Swedish and Arabic speech engines.

The goal is to eventually enable Wikipedia to read content out loud to users in all of the languages in which it is accessible. In other news, Wikipedia Mobile 5.0 for iPhone has been released. It now supports Spotlight search and 3D Touch. The platform has received a design overhaul as well as changes to its UI related to navigation. ‘Top read articles’ and ‘Picture of the day’ are more prominent on the front page.

Upon launch, the Wikipedia app will welcome users with ‘Featured article of the day.’ You can check out these new tweaks and more by downloading the latest version of the application from iTunes.