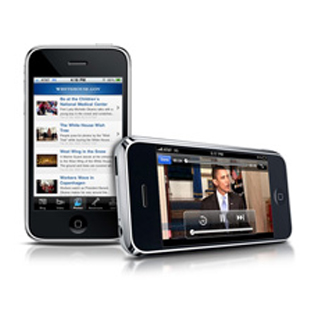 Politically-inclined folks craving for some good political news may just get their wishes fulfilled. A new iPhone app is coming straight from the White House. Known as the White House App, this app can offer incredible content from WhiteHouse.gov to the iPhone. This was cited from the official White House blog.

One of the key features of this app is live video streaming. People wanting a look at some of the significant happenings in the White House can now watch, thanks to this app. For instance, users can view the President’s public events at the White House, recurrent web chats with administration officials, and other events such as important speeches and press briefings in real time.

In addition to several Americans viewing through TV and websites such as WhiteHouse.gov/live, iPhone users can also access this app anytime and any place. The White House App also enables users to log on to the White House Blog and receive the newest information from the briefing room. Users can also leaf through behind-the-scenes images and view on-demand videos. The app offers immediate access to full videos from new speeches, press briefings, and special events.

People without an iPhone can gain some benefit from mobile. WhiteHouse.gov which would be released shortly. It is a mobile-ready version of WhiteHouse.gov that can run on any internet-enabled handset, counting several other phones.

The White House App can be downloaded from the iTunes App Store for no charge.