WhatsApp users can finally get ready to conduct video chats with their friends through the app very soon. The feature is only accessible to beta testers of the application as of now but should hit mass release sometime in the near future.

To recall, WhatsApp getting video calling support has been spinning rumor mills for months at this point. A recent report which came out just last week had hinted at this development and further indicated that the tool had managed to make its way to a few beta testers. It’s now available on more devices than before. 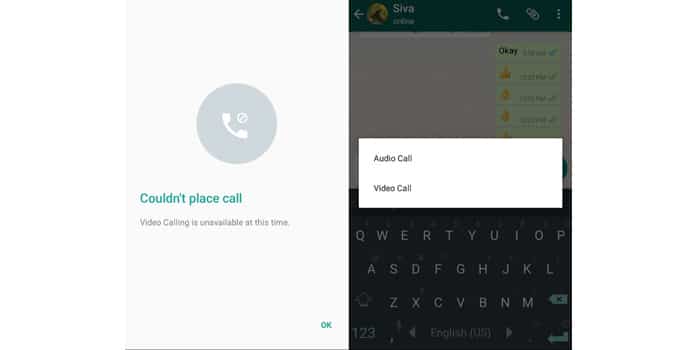 The procedure to start a video call is the same as that for a voice call. A person just has to tap on the phone icon within a chat window and choose video call from the two options. Unfortunately, no one has been able to actually place a video call through WhatsApp yet. Choosing that option just triggers a message stating ‘Couldn’t place call. Video Calling is unavailable at this time.’

FoneArena thinks the video calling feature still hasn’t gotten activated from the server side. It’ll likely happen soon and roll out gradually across the world. WhatsApp had done something similar when it had launched voice calling, allowing access only through an invite system before expanding it to everyone.

You check out WhatsApp video calling by downloading version 2.16.81 of the app either via the company’s official beta testing program or APK Mirror.