Who would have thought that mobile messaging tool WhatsApp, could be capable of standing tall beside a giant such as Facebook? It’s easy to assume that when a social network is as popular as Mark Zuckerberg’s, members will welcome the idea of accessing it from just about anywhere on mobile and desktop.

Facebook Messenger was one of the most popular messaging apps at one point of time. But the competition has become tough over the past few years. On Device Research has conducted a survey on the subject and included people from 5 different countries. And the results would have been surprising a few weeks ago. 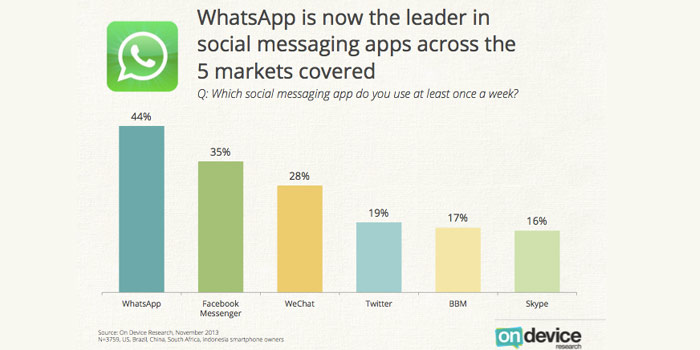 The figures indicate that 44% of respondents who’re into social messaging employ WhatsApp, while 35% favor Facebook Messenger. 86% of participants reported using a messaging tool. 73% and 75% of them responded in the affirmative each time they were asked if they employed their mobile devices for voice calls and SMS, respectively.

The word is out, Japan loves stickers. Its homegrown Line is said to have raked in $27.4 million via monetization of these little mood-depicting images everyone seems to adore. Speaking of regional winners, WeChat had 93% of smartphone owners in China accessing it.

Well, times have changed for the better. No more paying for sending each text when an entire bulk of messages can be shot off at the same price. Telecom companies have been watching the spectacle and many have moved their focus to selling data over SMS packages. 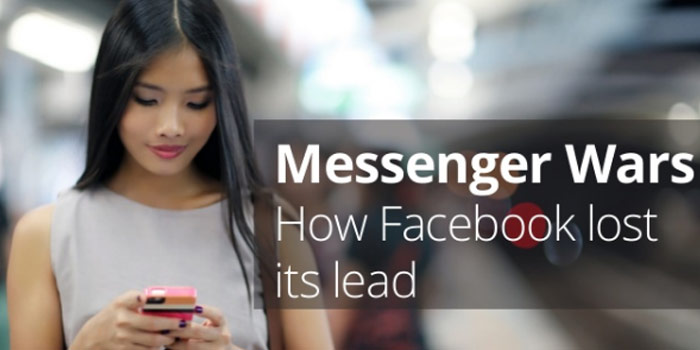 The result is that messenger apps stand to gain even more with the aforesaid shift in attention working to their advantage. Line was seen boasting about 300 million users recently and BBM for Android as well as iPhone claimed 20 million users in its first week of release

The On Device survey we’re referring to takes into account the answers given by 3,759 iPhone and Android owners. It spans five nations covering the US, Brazil, China, Indonesia and South Africa. It was conducted in the October 25 to November 10, 2013 time frame.

What’s that, Facebook? You want to buy WhatsApp? Look sharp.