WhatsApp is all set to get a new font going by a slew of rumors which have begun circulating around the internet. The new style is apparently in testing right now in the Android and iOS beta versions of the app.

News of this brand new typeset first emerged out a Reddit post where the original poster dubbed it the FixedSys font, presumably because of its similarity to Microsoft’s own font of the same name. There’s no way to know whether this is what WhatsApp itself is calling the style, or even when it’s planning to debut the format officially. 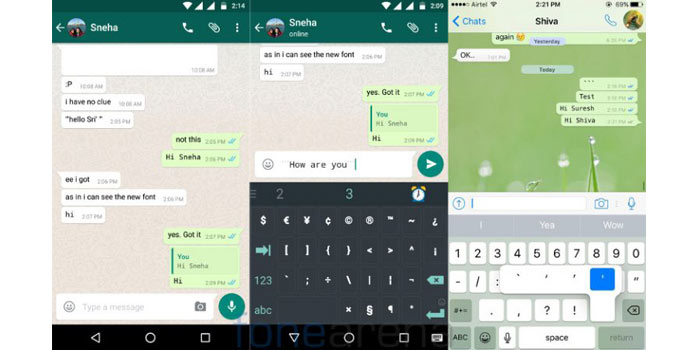 To get started, all you have to do is place three grave accent (`) symbols before and after a word or sentence. For instance, typing ` ` `Hello` ` ` will transform the appearance of the word into the new FixedSys format, expanding the text and increasing the space between letters in WhatsApp.

WhatsApp conveniently lets you preview the appearance of the word before you send it. Such a monospace font is usually employed to write code because of its easy readability. The original Microsoft FixedSys itself has been used within the programming community for years now.

WhatsApp is currently not allowing beta users to combine the font with another format, meaning you can’t change text to bold, italics or strikethrough if you’re already utilizing FixedSys. You can check out the new style by downloading WhatsApp version 2.16.179 beta for Android. It’s accessible via Google Play’s beta program.