WhatsApp could soon make backing up and restoring your account a lot easier through integration with Google Drive. A new report has surfaced claiming to have received concrete information on this service and it looks to be very close to release.

As you probably know, WhatsApp automatically takes backups of your chats at a scheduled time each day. This data is normally stored on your internal memory and it can be restored when you reinstalled the app. You automatically get a notification of an existing backup on the device at the first run. While this method works well most of the time, it does have a few downsides. 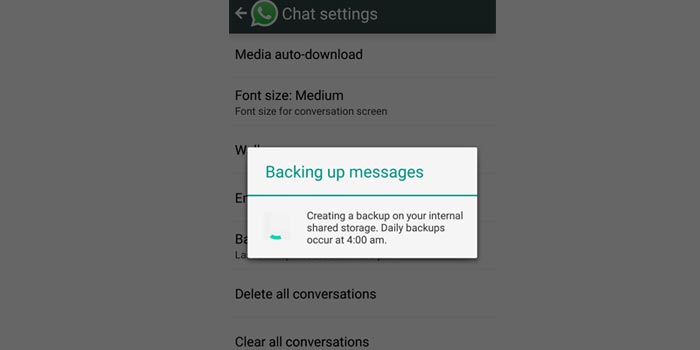 Firstly, if your internal storage or memory card gets corrupted, the data is permanently lost. Moving it to a secure location like a PC, means that you’ll need to locate its correct path amongst a horde of folders. Then there’s the possibility of the app not recognizing the backup which has happened to us on multiple occasions.

Also read: BBM Protected service has your back if you’re using Android or iOS devices

With Google Drive integration, there’s no chance of these issues surfacing as the entire process will be automated. Android Police is reporting that DroidApp has managed to get its hands on screenshots which reveal the existence of this feature. 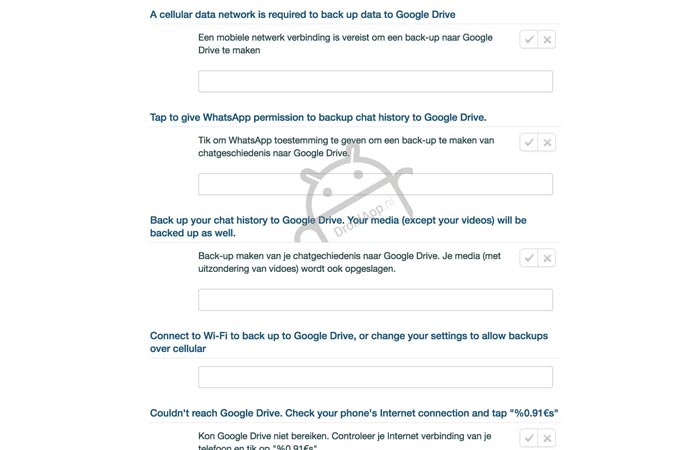 Just so you know, the pictures are of a set of strings sent to a translation group to be re-written in another language. The upcoming capability will work much like the current one as it allows you to sync data from Google Drive during WhatsApp’s first run. Also, all of your data including images and audio files (sadly, not videos) will be backed up.

WhatsApp with Google Drive integration for backups could end up being a pretty viable solution for Android devices, but it might be the other way around for iOS devices. Maybe, the developer will add iCloud support for iPhone, but that’s just us speculating.