How many of you have replied with a ‘Was asleep, didn’t see you message’ only to remember with a sinking feeling that WhatsApp for Android has the the ‘last seen’ time stamp revealing you’re lying to your friend or work colleague? You can turn this off using a couple of off-the-book tricks. But don’t mind them now.

The developers are planning to update the Android version with an official feature which lets you hide the last time you opened the application, from WhatsApp pals. All you have to do is visit this link and download the update numbered at version 2.11.169. The application only works with smartphones running on Android Jelly Bean 2.1 or above. Tablets aren’t supported. 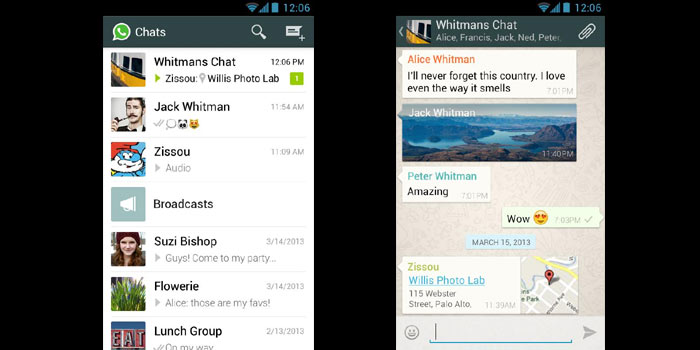 How to turn off ‘last seen at’

For tweaking the visibility of your ‘last seen at’ time stamp, go to the Menu button and from there, Settings then Account and finally, Privacy. You can choose to have your WhatsApp profile picture, ‘last seen,’ and/or status visible to contacts from the address book only, everyone or nobody. If you do this, you won’t be able to see the other party’s time stamp either.

How to pay for a friend’s WhatsApp subscription

The messenger app levies a yearly subscription charge of $0.99 after letting people download it for free at first. Feeling generous and wish to pay your friend’s toll? Got to Settings from Menu, tap on Pay for a friend from Contacts and then choose the person who’s tab you intend to pick up.

The standard WhatsApp for Android application hasn’t received the update through Google Play Store yet. The developers appear to be testing it for now. Since it’s coming from an official source, you don’t need to be worried about losing relevant data or other issues.