WhatsApp has now touched 600 million in terms of monthly active users, announced the company’s Jan Koum through a tweet on his official Twitter account. We’re talking about users who actively engage with the service and not just those who’ve registered for it. As Koum points out, ‘active’ and ‘registered’ are not the same thing after all. 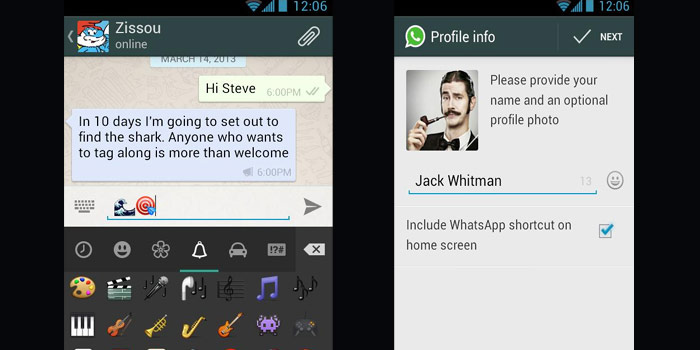 This means India has been offering WhatsApp app a little over 3 million active users per month since then. So the company would definitely be tipping its hat to the nation if it wasn’t for TRAI which first refused to entertain various telecom companies’ unreasonable request demanding a share of the messaging application’s profits, only to make a u-turn later.

As for rivals, WeChat is slowly catching up with 438 million monthly active users, while Viber is far behind with just about 100 million of the same. In case you’re asking about Line, the company is rather reluctant to share these figures and only admitted to having 400 million registered members in the month of April.

At present, WhatsApp doesn’t serve ads on its platform in spite of being a free download. It does however, cost a small price of $0.99 or Rs 60 per year after the initial 365 days of use.