If 1GB of cloud storage will tempt you to get onto WeChat instead of staying on WhatsApp, BlackBerry’s BBM or whatever other messenger app you use, then it’s just the tool for you. The company has started offering users a convenient way to keep records of a text, voice note, photo or video through the Favorite option.

WeChat may not be very well known to those who jumped onto the WhatsApp bandwagon and still prefer to stay on it, but this app has more than 41 percent of Indian smartphone owners using it. Also, it is said to boast of more than 100 million registered users from outside its home country of China. 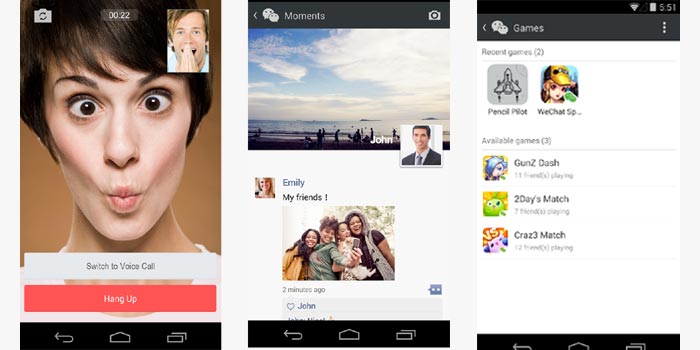 The 1GB of free cloud storage that the company is waving about ought to be handy for when you’re running out of memory on your handset and have too little room to spare for saving anything more on it. The WeChat developers hope that the ability to save content outside the device will help users find more value in the messenger service.

WeChat lets users send instant messages, pictures, videos and voice notes among other things, to friends. It even allows for video calls between an entire group of pals and has some interesting features such as Look Around, Drift Bottle and Shake, the last three of which we explained in detail in this post.

WeChat comes pre-loaded on the Nokia X series of smartphones running the Finnish company’s forked version of Android. It is also available to download for iOS, BlackBerry, Windows Phone, Symbian and other Android devices. Additionally, PC and Mac users can also access the app.