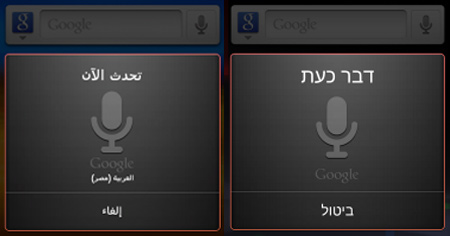 Google’s next step towards embracing various cultures of the world and serving fans from all over introduces us to the latest refreshment to Voice Search for Android which allows support for native languages of the Middle East. The utility now accommodates Arabic and Hebrew for countries like Israel, UAE, Qatar, Jordan, Kuwait, Lebanon, and Egypt.

The recent addition extends Android’s Voice Search database to 29 languages as well as accents, active in up to 37 nations. The developers admit to have faced some distinctive challenges while creating support for Arabic and Hebrew. Other than affixed words with comparatively varying meanings, the creators also had to look at diacritics to ensure appropriate input about the pronunciation of terms.

“To train our system we collected over one million utterances in Arabic and Hebrew, using the languages as they are spoken in the more populated parts of each country. For Arabic, we trained the system to recognize Gulf, Levant and Egyptian dialects. While initially we may not accurately recognize words spoken in every regional accent and dialect, one of the major benefits to Google’s cloud-based model is that the more people use Voice Search, the more accurate it becomes,” writes Bertrand Damiba, Product Manager on the official Google Mobile blog. 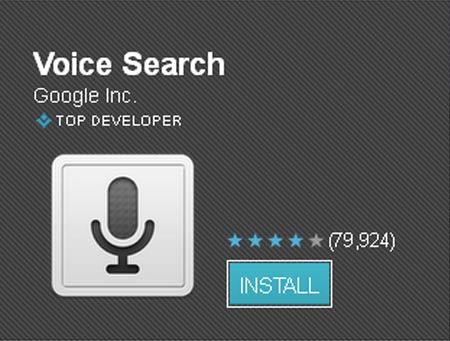 The system requirements for this new Middle Eastern language support include version 2.2 or above of the Android OS. Also, if the concerned handset is ready with a Google Search widget on the homescreen, users can change the language setting to suit their choice. Once chosen, the function will not recognize any other tongue unless the settings are changed from the language panel.

Alternatively, the Voice Search app can be downloaded from the Android Market for free. Also, Apple iPhone or iPad owners wishing to install this app can get it from iTunes.