Vodafone India and Idea Cellular both reportedly have big plans to take on Airtel and Reliance when it comes to low-cost handsets. The two are in the process of merging at some point in the future, but are currently busy trying to combat its rivals.

To recap, Reliance Jio has the 4G-ready JioPhone whose Rs 1500 cost is refundable after 3 years. Airtel recently announced that it would be offering Karbonn’s A40 Indian smartphone at an effective price of Rs 1399. Now Vodafone and Idea are hopping in on the game with its own affordable 4G device.

Idea and Vodafone are apparently looking to launch a 4G handset in the range of Rs 1500. People familiar with the matter told The Economic Times that the duo is reportedly in talks with Lava and Karbonn to make this happen. 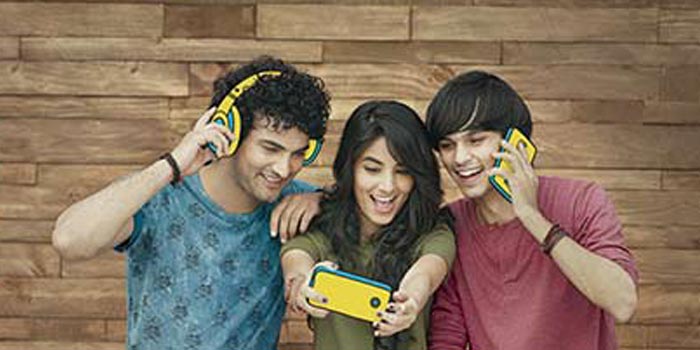 The pair is hoping to close the deal before Diwali strikes. Lava’s product head Gaurav Nigam confirmed that the company was in talks with 3 operators, but refused to reveal which ones. Manufacturers probably won’t make its portfolio cheaper, instead working out deals with telecom operators to make its existing phones more enticing.

Airtel did this by making people pay Rs 2899 as a down payment for the Karbonn phone and giving away a Rs 1500 cashback in exchange for Rs 6000 worth of recharges spread over 3 years. It’s not clear what Vodafone and Idea’s approach will be yet.

There are over 500 million people in India who don’t have smartphones. Airtel, Idea and Vodafone are all rushing to provide budget 4G device options for these users, who may just prefer transitioning to a 4G feature phone like the JioPhone.