Vivo has officially brought the V7 to India, a couple of months after launching the V7+ in the nation. The new handset is a smaller and more affordable version of its larger sibling. It would thus be ideal for anyone who was interested in the older phone but didn’t want to handle a 5.99-inch screen.

The V7 has a more compact 5.7-inch FullView display which has been placed on a 5.2-inch device’s body. It features an 18:9 aspect ratio, 83.6% screen-to-body ratio, and 2.15mm bezels along the sides. Other major changes include a tinier 3000mAh battery and a lesser 32GB of internal room.

Most other specs have remained the same. This includes the Vivo V7+’ 24MP front-facing camera. The snapper offers the brand’s signature Moonlight Glow soft flash to light up photos, Face Beauty 7.0 to enhance facial features in photos and video calls, and a Portrait Mode to blur out the background in selfies to highlight the person up front. 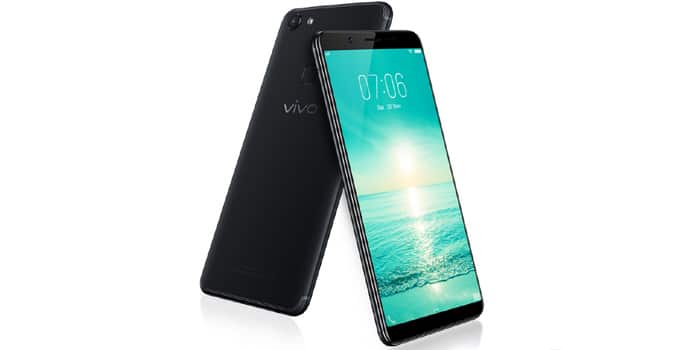 Specifications of the Vivo V7 at a glance:

The Vivo V7 is priced at Rs 18990 and is currently available only via Flipkart. It’s now up for pre-orders and will go up for sale on November 24. Deals include an extra Rs 2000 added to the exchange deal bringing it to a total of Rs 18000, BookMyShow vouchers worth Rs 500, a special HDFC credit and debit card offer, and a free one-time screen replacement.