A spanking new Videocon VPhone Grande has been launched in India with a price of Rs 1950 attached to it and you’re undoubtedly wondering whether it works on Android or not considering its tag. Manufacturers these days are surprising us with so many low cost handsets running the Google mobile OS, feature phones emerge few and far between.

Videocon is clearly still trying to break big into the scene that Nokia is most popular in even after the sale of its business to Microsoft. The VPhone Grande handset has all the specifications a first-time phone buyer or backup device seeker could ask of a gadget of its kind starting from the basics such as FM radio and recording as well as Bluetooth connectivity.

In keeping with the trend of low cost handsets allowing you to juggle two mobile numbers, this Videocon phone hides dual SIM slots under its exterior. It has a modest 2.8-inch color display on the front and a basic 1.3MP camera with flash on the back. Though the internal memory hasn’t been mentioned, you can slide in a microSD card of up to 32GB.

Videocon VPhone Grande: A look at its key specs 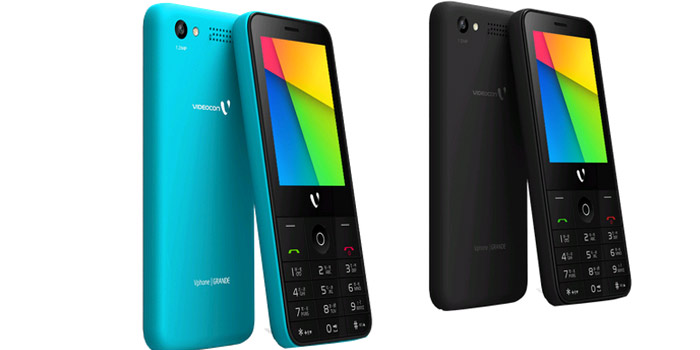 The Videocon VPhone Grande can be purchased from three online retailers at present, that’s HomeShop18, Next and Digiworld.