Equipped with impressive specs for the cost it’s selling at, the Videocon Infinium Z45 Nova has been introduced into India exclusively through Flipkart at Rs 4999. That being its actual retail value, its maximum retail price has been revealed as Rs 6,799, while you should be able to lay hands on its for Rs 5049 in the market.

The Videocon Infinium Z45 Nova is a dual SIM phone which runs on the Android 4.4 KitKat OS. One of its highlights is its 4.5-inch FWVGA display which is accompanied on the front by a 2MP webcam. The main camera is a 5MP auto-focus unit which comes with BSI technology infused into it. 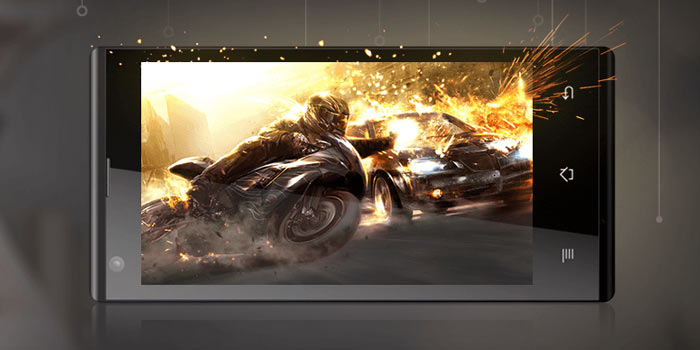 The internals of this Videocon handset include a MediaTek MT6582 SoC which bears on it a quad core processor clocked at 1.3GHz. Backing this ticker in its operations is a 1GB RAM module and a dual core Mali 400 GPU. It features 8GB of internal storage which can of course, be expanded further up to 32GB.

The Infinium Z45 Nova kicks in a 1700mAh battery pack to help it keep going in between charges. Apps like Hungama, Real Football 2015, Spider-Man: Ultimate Power as well as V-Safe for virus protection and V-Secure for GPS-powered security form part of its software experience.

Here’s a quick glance at the key specs of the Videocon Infinium Z45 Nova: 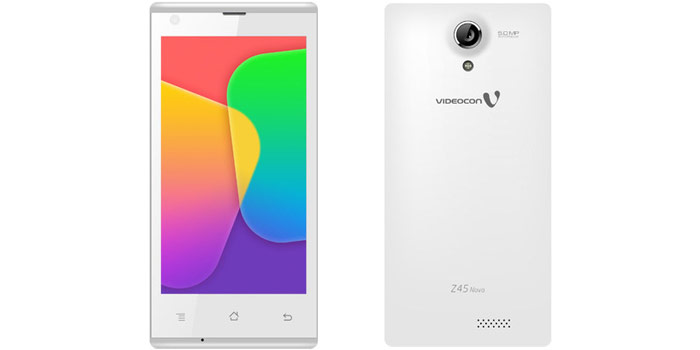 Like we said, the Videocon Infinium Z45 Nova is already available for purchase in India right now through Flipkart. It can be bought by interested buyers at Rs 4999.