The Videocon Infinium Z40 Quad Android smartphone has been officially launched in the Indian market carrying a wallet-friendly price of Rs 5490 and entry-level specs to match. The handset is being touted as a selfie-focused release, but it doesn’t quite offer what you’d expect when compared to the competition.

Most devices calling themselves ‘selfie phones’ have at least a 5MP front snapper, but the secondary camera on the Videocon Infinium Z40 Quad is a 3.2MP sensor. Disappointing indeed, but what more would you ask for at the said price? The phone also features a 5MP rear lens with auto focus and an LED flash. 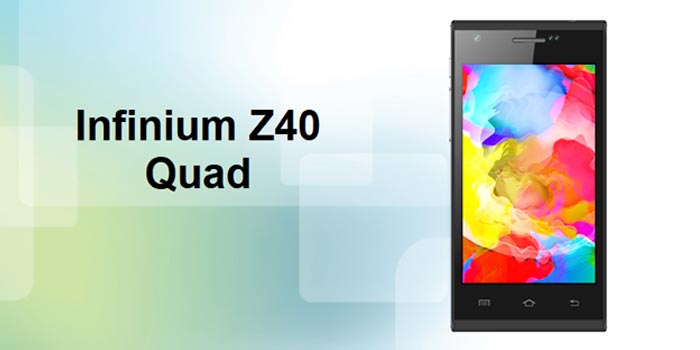 Videocon has created the Z40 handset to be an entry-level release at its best. There’s a 4-inch IPS display fitted onto the front with WVGA 800 x 480 pixel resolution. And stuffed within the phone’s 9.4mm bulky design is a 1.3GHz quad core processor which we’re pretty sure is from MediaTek.

You may also like to read: iberry Auxus Aura A1 launched, takes on the Moto G and the Asus ZenFone 5 at Rs 9990

What’s disappointing is that only 512MB of RAM has been provided, but that’s just enough to offer a smooth experience on Android 4.4 KitKat. For storage, the Infinium Z40 Quad packs 4GB of flash memory and a microSD slot which supports cards no higher than 32GB. Dual SIM support with dual standby compatibility isn’t left out either. 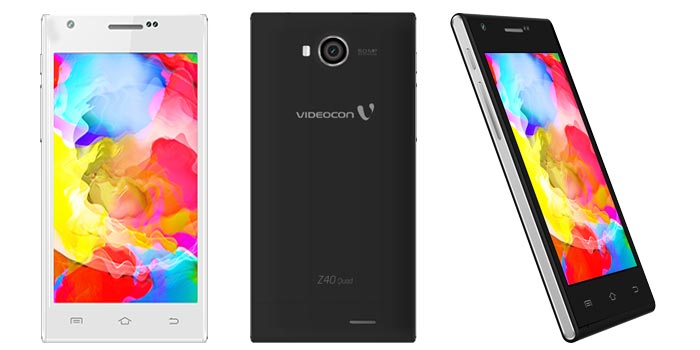 The Videocon Infinium Z40 Quad is currently up for grabs on eBay India for a slightly lower price of Rs 5249.